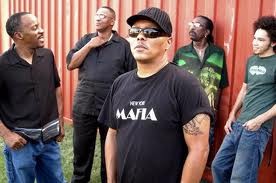 Coming from a family in which musical talent is engraved in the genetic code, Ivan Neville’s success as a singer-songwriter and multi-instrumentalist with his band Dumpstaphunk is probably inevitable. Add the rich musical culture of New Orleans that’s influenced him since childhood, and you’ve got a recipe as flavorful as a pot of gumbo. Unlike the soft-rock hits of his crooning-falsetto father, Neville’s music is rock and soul with a kick. Go join what’s now known as “one of New Orleans’ most prestigious modern funk ensembles” on Sunday, March 11, at the Hopmonk Tavern. 230 Petaluma Ave., Sebastopol. 8pm. $18-$20. 707.829.7300.