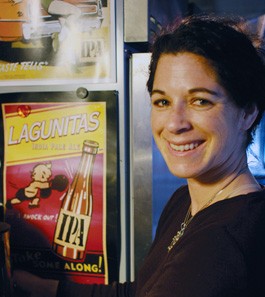 This coming Monday marks the first appearance of Munch Mondays in Santa Rosa, where an “Eat Fleet” of six mobile food trucks and carts will set up shop during lunchtime at the expansive and underused parking lot at Third and E streets across from the downtown post office. According to Street-Eatz truck owner Jilly Dorman, the Munch Mondays plan is for the fleet to be there every week. Restrictions on trucks in the city of Santa Rosa have caused some food providers to flock to county land either outside the city limits or in the county pocket of Roseland. Thanks to the support of Raissa de la Rosa at city hall, exceptions have been made in certain downtown areas such as Courthouse Square, Jeju Way and now, the former White House lot on Mondays.

In addition to Dorman’s Street-Eatz truck, which will start serving Banh Mi, a popular Vietnamese sandwich, this Monday’s lunchtime options include mobile offerings from Chicago Style Hot Dogs, La Texanita, Dim Sum Charlie’s, Karma, and Fork, owned by Sarah Piccolo (above). “I really like being part of the audience acceptance of what we’re doing,” says Piccolo. “There’s this notion that we’re competing with restaurants, but it’s a different concept, eating out of a truck. It’s more food on-the-go than sitting down at a restaurant.”

Fork’s menu will include Dungeness crab sandwiches, Fra’Mani grilled cheese sandwiches with pear compote, soup in a bread bowl and more. Even those hooked on Fork’s delicious grass-fed burgers can hang with their vegetarian friends, noshing on either La Texanita’s vegetarian burrito or Street-Eatz’ Japanese fried tofu plate. Just get there on time—before the engines whirr and lunch rolls away—on Monday, Jan. 10, and each Monday thereafter, at Third and E streets, Santa Rosa. 11:30am&–2pm.

Next ArticleJan. 8: Beats of the Bay at Marin Center