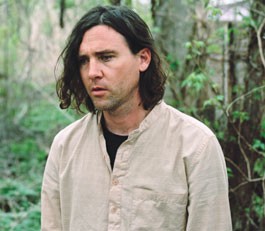 Cass McCombs’ sixth album, Humor Risk, out on Tuesday, arrives close on the heels of the slow-dancing-with-a-weary-heart feel of his last EP, Wit’s End, released in April. While Wit’s End put the Bay Area–based singer-songwriter’s high croon to good work on gray-hilled folk songs dripping with yearning, Humor Risk is an attempt “at laughter instead of confusion,” McCombs says on his website.

But make no mistake, this isn’t a party record. Though inflected with jubilant keyboard filigrees and vocal melodies that could sit comfortably next to Forever Changes–era Love, the album is rife with moments of soft resignation, as on “To Every Man His Chimera,” where McCombs wearily sings, “Everyone I know gossips endlessly – Everyone I know suffers just like me,” before falling into a quiet break.

The album’s first single, “The Same Thing,” provides the record’s catchiest moments. Even as McCombs builds on a hazy ’60s melodic energy, his ancestry leans closer to Nick Drake and Fairport Convention than the Sonics. The “new folk” label is pretty much completely worn out at this point, but let’s call a spade a spade. This is folk music, folk for now, tooled with the thousands of tiny, deep pockets of love.