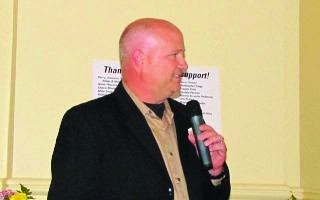 The name “Andy Lopez” has inspired large marches for justice, several memorials and a makeshift park at the southwest Santa Rosa site where he was shot to death by sheriff’s deputy Erick Gelhaus on Oct. 22. Now the power of Andy Lopez is affecting political campaigns.

The Andy Lopez Organizing Group plans a loud protest on Dec. 3 outside Sonoma County district attorney Jill Ravitch’s pasta feed fundraiser at the Santa Rosa Veterans Memorial Building. “We’re going to bring the demand that Gelhaus be indicted for murder right to her front door at the pasta feed,” says Jonathan Melrod, a member of the group.

But even if the Santa Rosa Police Department were to conclude in its official investigation that Gelhaus was out of line for shooting the 13-year-old, it’s unlikely that Ravitch would try a member of the sheriff’s department for murder due to the strong mutual political support between the district attorney and Sonoma County Sheriff’s Office. Sheriff Steve Freitas gave a fiery speech at Ravitch’s re-election kickoff event earlier this year (pictured above); Ravitch, likewise, has warmly endorsed Freitas, even introducing him at his campaign kickoff event in September.

Unless Ravitch recuses herself from the review of the SRPD’s investigation, pressure will surely continue to mount while Ravitch and Freitas campaign for re-election. “We feel that in the court of public opinion [Ravitch] is guilty of a conflict of interest with the sheriff’s department,” says Melrod.

The Andy Lopez Organizing group will meet with noisemakers, drums and anything loud on Tuesday, Dec. 3, in the parking area under Highway 12, across from the Veterans Memorial Building at 1351 Maple Ave., Santa Rosa. 4:30pm.