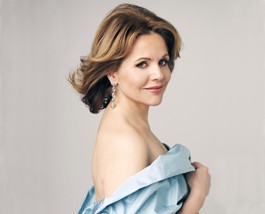 Spring is anon, meaning festival announcements and venue bookings are being shot down the pipe faster than the flowers can bloom. In a quick overview, there’s Classics of Love (with Operation Ivy’s Jesse Michaels) at the Last Record Store (March 28); bass-heavy knob twiddlers Crystal Method at the Phoenix Theater (April 15); walking freak-folk embodiment Devendra Banhart at the Mystic Theatre (April 17); fado sensation Mariza at the Napa Valley Opera House (April 30); electronic visionary Bassnectar at the Hopmonk Tavern (May 4); soprano legend Kathleen Battle at the Marin Center (May 9); and Lucinda’s right-hand man Gurf Morlix at Studio E (May 16).

What’s that, you say? You like to watch TV more than you like to listen to music? Fear not! The Wells Fargo Center has the interminably funny Joel McHale, he of drily absurd wisecracking on The Soup (April 11). And hang on to your thong straps—the Sonoma-Marin Fair in Petaluma has glam-metal-washup-turned-reality-show-“star” Bret Michaels (June 27) to attract a slutsational crowd good for copious dead-drunk, bikini-clad hoochie watching beneath the Ferris wheel. Look what the cat dragged in, indeed!

Sounding a different note entirely, Napa’s beautiful Festival del Sole steps forward this year with young violin sensation Sarah Chang (July 18&–19) and the return booking of Renée Fleming (pictured above, July 23), who in the festival’s first year was forced to cancel her performance of Richard Strauss’ Four Last Songs due to illness. Iran’s most famous composer, Anoushirvan Rohani, will appear for a dinner and concert (July 20), and the dashing Robert Redford—be still our throbbing hearts!—benefits his Sundance Preserve by narrating a piece to be announced (Carnival of the Animals? Peter and the Wolf? An interpretive tone poem of The Horse Whisperer?) at Castello di Amarosa (July 21).