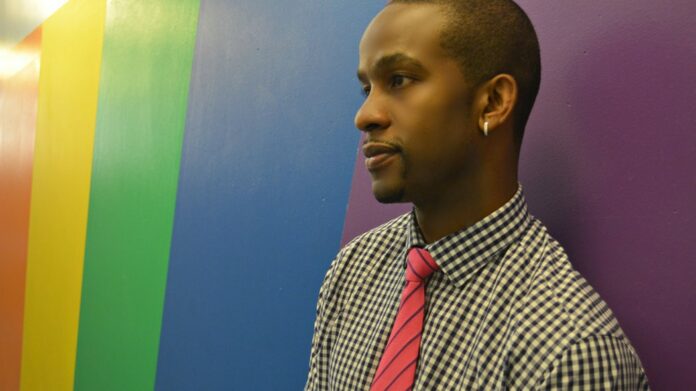 “No, we don’t got no gay people on the team. They gotta get up out of here if they do.” The words of 49ers cornerback Chris Culliver during a radio interview last year rightfully prompted media outrage and a stern reprimand from his coach. As a gay man and former NFL cornerback himself, Wade Davis might have some words for Culliver, who is out for the year with a torn ACL (karma?). After retiring, Davis came out and now travels the country speaking out for gay rights. Though the country has yet to see an openly gay athlete in the big four sports (NBA player Jason Collins came out this year, but the free agent hasn’t found a team willing to sign him), advocates like Davis remind us that, like gay marriage, it’s only a matter of time. Davis speaks at the Cooperage at Sonoma State University on Tuesday, Oct. 8. 1801 E. Cotati Ave., Rohnert Park. 7pm. Free. 707.664.2815.

Food for Thought Sonoma County AIDS Food Bank is staffed by over 600 volunteers who serve 675 people living with HIV/AIDS in Sonoma County. Even with recent improvements in HIV/AIDS treatment, the disease continues to have significant health and economic impacts on patients’ lives. There are approximately 2,000 people in Sonoma County with HIV/AIDS; Food for Thought provides high-quality groceries, fresh produce and nutrition services to them free of charge.

Calabash, in collaboration with the Occidental Art and Ecology Center, is the agency’s annual fundraising celebration of gourds, art and the garden. At the 13th annual benefit guests can enjoy food, wine, a silent auction, live music played on handmade gourd instruments and more—all for a good cause. Calabash gets underway on Sunday, Oct. 6, at Food for Thought. 6550 Railroad Ave., Forestville. 1pm-5pm. $45-$50. 707.887.1647.