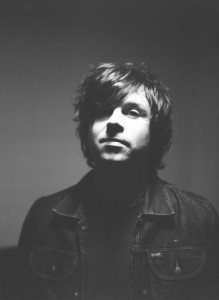 “Per the artist’s request, all bars will close at 9:00pm,” read the signs throughout the Uptown Theatre on Saturday night, assuring us that Ryan Adams is still officially on the wagon. This wine country blasphemy, along with a strict “no cell phone” policy and a 9:15 start to his set, caused some grumbling among the flannel-shirted 30-somethings throughout the lobby. Yet the prolific singer-songwriter proved more than worth it with a career-spanning two-hour solo set of crisp performances and his trademark comic banter.

Although he’d become a well-oiled machine with his versatile band the Cardinals over the past several years, the North Carolina native delivered a stunning set all by himself, his acoustic guitar or piano accompanying his well-preserved voice. The post-Cardinals Adams was a hit with the sold-out crowd, right from opener “Oh My Sweet Carolina,” a fan favorite from his 2000 solo debut Heartbreaker. Next was “Ashes and Fire”, the title track from his solid, understated new album, whose tracks fit nicely with older live staples like “Let It Ride” and the haunting “I See Monsters”, which benefited from the Uptown Theatre’s perfect acoustics. Piano ballads like “My Blue Manhattan” sounded gorgeous and fragile in the art-deco landmark building.

The intimacy of the venue (which has quickly made it a new North Bay favorite) also led to Adams constant banter about the “mass exodus” at certain points during the show, even inspiring an impromptu ditty about “alt-country refugees”. As usual, just before he became too annoying, Adams would launch into a song, reminding of why we were all there.

A few songs in, Adams joked about having played all songs thus far in the same key, and by mid-set the show did lag a bit from lack of variation. Things picked up toward the end of the set with a piano version of the rarely performed “New York, New York” from 2001’s Gold. The power chords translated surprisingly well, making it one of the evening’s highlights, along with a well-received encore with opener Jason Isbell, formerly of the Drive-By Truckers. While it reminded us of the singer-songwriter’s gift for group dynamics, the latest round of Ryan Adams Solo is certainly a success.

Next ArticleOct. 19-25: Across the Bridge