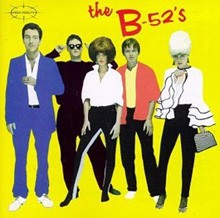 When did list-making become an excuse for rock journalism?

Earlier this month, Pitchfork.com posted its “Top 200 Songs of the 1960s.” Thank goodness, because it had been a while since Rolling Stone‘s special “500 Greatest Songs of All Time” issue. What are we supposed to do until next month, which promises Spin’s “25 Greatest Live Bands Now!”–read actual articles?

People, myself included, love lists, especially when they contain words like “top,” “greatest,” “of all time” and “worst.” Both comprehensive and tidy, lists create handy folders for the great big, sloppy filing cabinets of pop-culture artifacts. The American Film Institute’s “100 Most Inspiring Films of All Time” informs our Netflix queues; Amazon.com’s reader-generated Listmania! suggests the best 10 songs with Kool Keith cameos for us to download. Theoretically, lists make our lives easier, more navigable.

But that’s not why they’re so popular. Lists draw us in because they justify the superiority of our personal taste. “This turd of a critic thinks Rubber Soul is better than Revolver! What a joke,” we can sneer happily, certain in the knowledge that we are right and they, the fat, self-satisfied media establishment, are wrong.

Rolling Stone‘s “500 Greatest Songs of All Time” is a fine example. A good friend of mine pointed out that the top-rated hip-hop song is Public Enemy’s “Bring the Noise,” which they ranked at 160. But at 142 is “Rock Lobster” by the B-52’s, which means that, according to Rolling Stone, “Rock Lobster” is better than any hip-hop song ever made. Nothing against “Rock Lobster,” but that’s simply impossible. This is not a disputable fine point; it’s a blatant error of omission, unless your target audience is a bunch of 40- and 50-year-old men obsessed with watching Martin Scorsese’s Bob Dylan documentary.

Once upon a time, lists did not matter so much; 50 years ago, there were about a million fewer pop-music albums to classify, crucify and canonize. Today’s rank-obsessed lists are driven equally by ego and passion–the passion that the author feels about the subject, and the belief that anyone else should care.

I must confess to forcing my fair share of lists on Bohemian readers over the years. They’re fun to write and completely self-indulgent. Who am I to say what the best 10 albums of 2004 were? I probably heard six new albums that year, tops. But I won’t stop composing lists, even if I’ve realized that it’s kindest to keep them to myself. When bored or nervous, I find it comforting to mentally review my five favorite bands ever before moving on to my five favorite songs ever, and I find myself luxuriating in a rare solace of peace and certainty in a world of war and chaos.

But those are my lists, my own private favorites; they’re not a fat, glossy excuse for a special issue. The boom of list-based criticism provides entertainment, but little insight. Lists are mainly groupings of sound bites, quick and easy to read. “The Top Wedding Songs Ever” might reveal something about the culture of wedding receptions and pop music, but it probably says more about its author’s fondness for the Grease soundtrack. In time, instead of ordering cultural artifacts, lists themselves will become cultural artifacts (imagine MTV’s top 100 all-time videos circa 1989, compared to MTV’s top 100 all-time videos now–scary).

Lack of intellectual merit does not prevent me from getting my list on–I get bored and lazy, too. Outside of Pitchfork.com’s occasional ambitious monstrosity à la “Top 200 Songs of the 1960s,” there are whimsical, dashed-off ditties like RollingStone.com’s list of the day, which is less about ranking than it is about shout-outs to cool stuff (“Best Rock Duets,” “Best Last Songs in Movies”). The advantage to web-based lists is the same as the disadvantage: user comments. As opposed to print, websites invite immediate participation, and nothing is more feedback-encouraging than a list.

But after scrolling through a dozen comments of dramatically varying eloquence, it’s difficult not to suffer from opinion overdose. The very quantity of feeling boggles the mind. You’d need a list to keep it straight. Maybe instead of bickering over what’s best or worst, we should enjoy things for what they are, when they are.