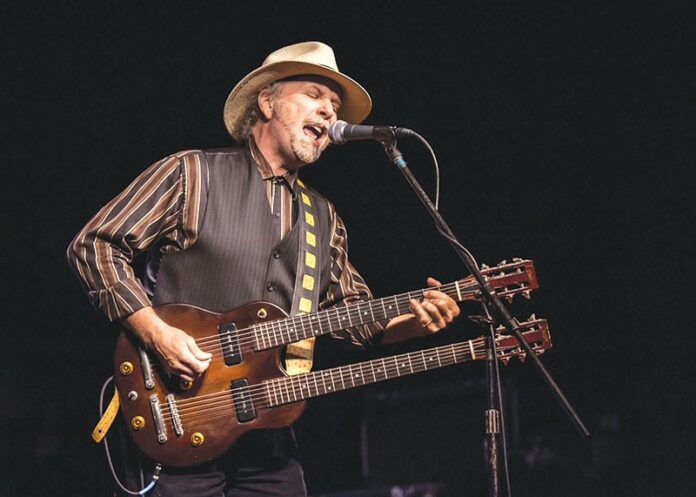 Slide-guitar blues player Roy Rogers and his Delta Rhythm Kings will grace the well-worn stage in Healdsburg’s Plaza Park to kick off the popular Tuesdays in the Plaza summer concert series on May 31.

While his latest record is an 11-track barnburner appropriately titled Into the Wild Blue, Rogers doesn’t need to rely solely on current material to draw a sizable crowd, having been a fixture in West Coast rock and roll since the ’70s. For the uninitiated, the blues guitarist and Grammy-winning producer learned much of his slide technique after hearing records by Robert Johnson. He toured with John Lee Hooker for years, featured the late pianist Allen Toussaint on his 1987 Sidewinder release, and even worked alongside Linda Ronstadt and Jackson Browne.

“I use open tuning in my music, and we do lots of improvisation,” Rogers said during a 2012 interview. “These open tunings take various forms and can move music in a lot of places.”

Check him out during this rare Sonoma County soiree, and expect to find Rogers doing some free-form solos. May 31, Healdsburg Plaza, 217 Healdsburg Ave., Healdsburg. 6pm. Free. All ages. 707.433.6935.