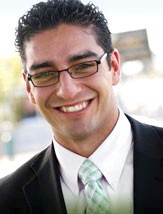 As first reported locally by the Bohemian on Sept. 5, Sonoma County Supervisor Efren Carrillo was arrested on suspicion of felony battery and disturbing the peace after a 2am Labor Day fight in front of a San Diego nightclub where Too Short had performed earlier that night.

Carrillo was held in custody for 10 hours before bail was posted, and has refused making any definitive comments for at least two weeks, when he returns from an eight-day trip to Russia to mark Fort Ross’ bicentennial. In a prepared statement released by his office, the 31-year-old supervisor said that “rowdies harassed the women in our group” and that he is eager to tell his side of the incident, which left a man unconscious and hospital-bound.

At press time, Carrillo’s case had been reduced to a misdemeanor by the San Diego Police Department, but details of the brawl await a more comprehensive comment by Carrillo himself.

A story posted on Healdsburg Patch by Keri Brenner has stirred up the kind of global controversy not normally found in this wealthy, wine-loving enclave of Sonoma County. It seems that Bela Varga, the owner of the Red Paprika, a “Hungarian novelty shop” in Healdsburg, is quite cozy with the operators of a far-right Hungarian website that publishes anti-Semitic and anti-Gypsy writings, not to mention headlines like “Nigger President,” and “Israel’s American monkey campaigns with gay marriage.” Varga said that he registered the site kuruc.info in his name and opened a U.S. bank account for the owners as a “favor.” Varga also tells Brenner that he maintains contact with the website operators on a regular basis.—Leilani Clark