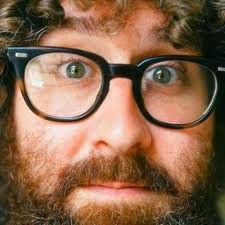 Who among us hasn’t wanted to feed the yen for laughter while feeding one’s cows and chickens? Before the show of hands, let it be known that hilarity is promised when three comics take the stage hay bales at Toby’s Feed Barn this weekend in what’s being billed as a Benefit to Benefit the Benefit. To wit: the Far West Fest, thrown annually by KWMR to benefit West Marin nonprofits, needs a little funding itself. In step five comedians to put the West Fest’s stress to rest. Among them are two-time San Francisco Air Guitar Championship winner Alex Koll, Sarah Silverman Show alum and West Coast Cannabis publisher Ngaio Bealum, creator of the standup comedy game show Get It Joe Klocek and clean comic Carla Clay. Beer, wine, food and burlesque are on hand at the 18-and-over laugh fest on Saturday, June 26, at Toby’s Feed Barn. 11250 Hwy. 1, Point Reyes Station. 7:30pm. $20. 707.663.1223.