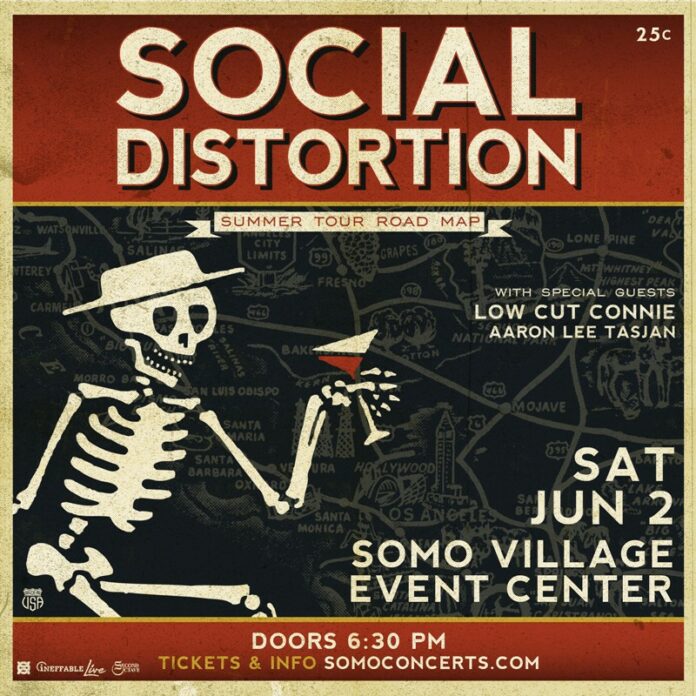 In the last four decades, Los Angeles punk godfathers Social Distortion have done it all. Among other things, the band is largely responsible for the Southern California punk sound that incorporates country, rockabilly and other bluesy elements—and the group has survived drug rehabs, achieved major record label success and experienced everything in between. Still fronted by founding member Mike Ness, Social D are as active as ever, reportedly recording a new album and touring the country, including a headlining spot on the outdoor stage at SOMO Village Event Center on Saturday, June 2, 1100 Valley House Drive, Rohnert Park. Doors at 6:30pm. $40. somoconcerts.com.