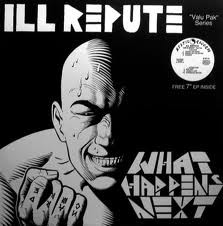 Hardcore punk fans, unite! Ill Repute, the on-again, off-again punk band out of Oxnard, Calif., is coming to a grimy venue near you. The band, which happens to have had a fundamental role in creating the term “Nardcore”—a harder-core take on skate punk, coming out of a couple Southern California communities—is back with three-quarters of its original members, including the “Mayor of Nardcore,” guitarist Tony Cortez. These guys are the real ’80s-punk deal. Though Ill Repute have not released an album in some time, angsty, quick-tempoed tracks will be in high supply. If you’re a fan of Resilience, Slandyr, Violation or M Section, that’s great—they will be there, too. Skater gear and neck warm-up exercises are encouraged on Friday, July 27, at the Phoenix Theater. 201 Washington St., Petaluma. $8. 8pm. 707.762.3565.