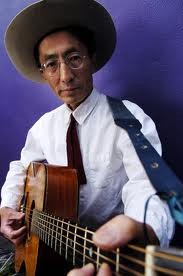 A yodeling Japanese cowboy who sings tribute songs to the late Jimmie Rodgers? I reckon we’re not in Kansas anymore, ya’ll. Toshio Hirano has risen to fame through his yodeling tributes to Rodgers, considered the first real star of country music. As a teenager in Japan, Hirano grew attached to the sounds of American folk music and developed a special interest in Rodgers’ sound. Listening to songs like “Blue Yodel No. 9” and “Peach Picking Time” kick-started Hirano’s passion for singing and strumming the guitar, while playing the good ol’ sounds reminiscent of Rodgers. He performs a show at one of our favorite little joints in Healdsburg on Sunday, July 21, at Bergamot Alley. 328-A Healdsburg Ave., Healdsburg. Free. 5:30pm. 707.433.8720.