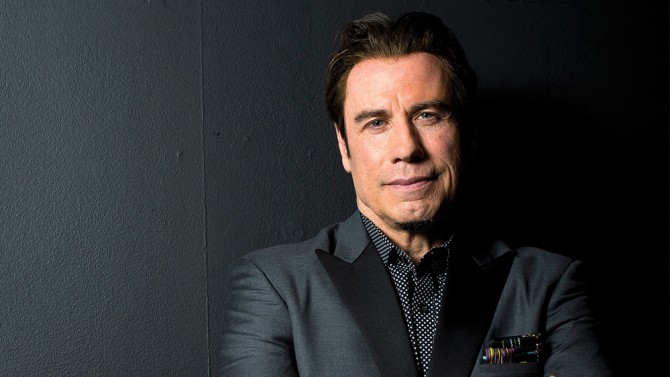 Recently, the Bohemian’s preview of the fifth annual Napa Valley Film Fest, running through November 15, reported that actor John Travolta was going to receive the festival’s “Career Achievement Award” and attend a screening of his new film, Life on the Line.

In the film, which will make it’s world premiere at the festival on Saturday, November 14, in Yountville, Travolta portrays a Texas lineman (those guys who work on high electrical wires and grids) who faces hardships amid a deadly storm. This movie comes at a time when NPR is reporting that electrical companies like PG&E are having trouble hiring enough linemen to replace a retiring generation, as less young people are willing to work in dangerous and physically demanding positions.

We knew that Travolta will attend the screening, but now we know he’s bringing a few friends; in form of four local PG&E linemen. Donovan Rupp, Mike Bock, Tanner Leckenby and Hubert Lowe are all responsible for maintenance and construction in the Napa County area, which extends from Lake Berryessa to Benicia, and Sonoma and Fairfield. During the recent wildfires and last year’s Napa earthquake, they all worked around the clock, along with their teams, risking life and limb to restore power as safely and quickly as possible in the wake of the disasters.

See the actor meet and talk with the real-life heroes he portrays when Life on the Line premieres on Saturday, Nov 14, at the Napa Valley Performing Arts Center at Lincoln Theater, 100 California Dr, Yountville. Red Carpet arrivals start at4:30pm. $15 Rush tickets can be purchased at the door if seats are still available after passholders have been admitted. For passes and info, visit nvff.org.

May 26: Revved Up Fun in Sebastopol