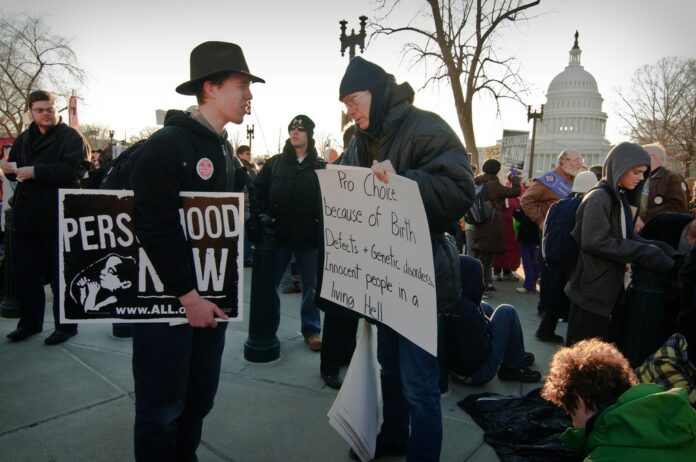 Today the Alexandria, Virginia–based organization Americans United for Life applauded Brown for his veto Sunday of a bill that “would have required public universities in California to offer abortion bills on campus,” said the organization in a statement.

SB 320 was first proposed (and written) by students at UC Berkeley and has been debated over the past year, after a 2017 bill was introduced by Inland Empire Democrat State Sen. Connie Leyva.

A late-August story in the Berkeley student newspaper the Daily Californian, argued that “for thousands of students enrolled in California public universities who could face unwanted pregnancies, SB 320 could be the difference between finishing college and dropping out.” It highlighted the challenges for college students seeking an abortion and argued that the on-campus medical-abortion option would ease access to for students seeking their constitutionally protected right to have an abortion.

According to votesmart.com, Brown has been a lifetime champion of reproductive-choice rights for women and has a 100 percent rating from NARAL Pro-Choice America.

Now he’s a pro-life hero in the eyes of AUL President and CEO Catherine Glenn Foster, who says in a statement that “Governor Brown recognized that in a state where Medicaid already pays for elective abortions, there is no issue of access, since, as he said yesterday, ‘the average distance to abortion providers in campus communities varies from 5 to 7 miles, not an unreasonable distance.’

Foster also argued that “college health clinics are not equipped to handle the very serious risks of chemical abortion drugs, which, as AUL testimony against the bill pointed out, the FDA warns can cause life-threatening hemorrhaging of blood and bacterial infection.”

Leyva told the Daily Californian today, “I’m so incredibly disappointed in the Governor, and I think it’s yet just another example of old white guys thinking they know what women need,” Leyva said. “For him to say he doesn’t think (the commute is) inconvenient, he just completely missed the whole point of the bill.”

She vowed to reintroduce the bill again next year, when Brown is no longer governor.