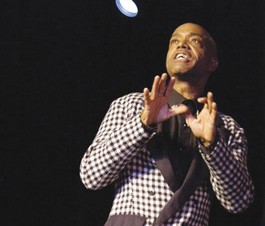 In the early 1970s, Idris Ackamoor was an integral coil, capable of spontaneously unwinding, in a Midwestern avant-garde jazz collective called the Pyramids. Sharing a free-jazz spiritual connection to such groups as the Art Ensemble of Chicago, Phil Ranelin’s Tribe, Sun Ra Arkestra and the growing loft movement in New York City, the Pyramids released three albums so sought-after by collectors that last year they saw separate reissues in all their pulsing, hard-driving glory.

Luckily for jazz fans, Ackamoor still gets out to play live, such as this Saturday’s free appearance in Healdsburg. “Artistic Being,” made possible by a grant funded from the 2003 antitrust settlement against the recording industry, finds the cultural ambassador paired with pianist Fred Harris as the two present original jazz compositions with invented instruments, tap dancing, world flavors and songs by John Coltrane, Thelonious Monk, Charlie Parker and others. His approach may have softened since his days with the Pyramids, but listeners will find a patient sympathy in Ackamoor’s playing. If there’s someone you know who could use some exposure to jazz, make sure to bring them to see Ackamoor and Harris on Saturday, March 20, at Plaza Arts Center, 130 Plaza St., Healdsburg. Two shows, 7pm and 9pm. Free. 707.431.1970.