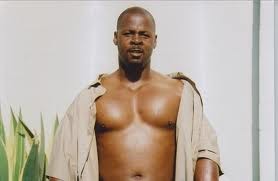 I.M.P.’s Back in the Days landed on the charts at a golden time for Bay Area rap—Tupac was just taking off, RBL Posse’s first record was out, Mac Dre was on the scene. But tragedy would ultimately befall the group. In 2001, I.M.P.’s gruff-voiced Cougnut was killed in a car accident in Daly City, and meanwhile, the group’s C-Fresh wound up in Lompoc State Prison. Now a free man, C-Fresh plays a 40th birthday party for hip-hop impresario Tony Butcha with guests Killa Tay, Tha Camp, Peoples and more. You know it’s a party when the show details specifically mention that anyone sneaking bottles of liquor into the bar will be kicked out; it gets poppin’ on Saturday, Jan. 28, at 19 Broadway Nightclub. 19 Broadway, Fairfax. 10pm. 415.459.1091.