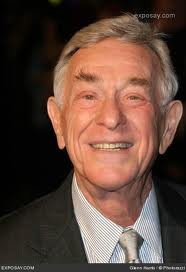 Like Mort Sahl and Dick Gregory, the button-up mind of Shelly Berman turned the world diagonal in the 1960s though “comedy” albums that were more cerebral exercises than cheap guffaw-inducements. A common party trick when records like Inside Shelly Berman were released was to play Berman’s routines on the stereo and single out the squares from the with-it guests based on who “got it” or not. Since 2002, he’s appeared as Larry David’s dad on Curb Your Enthusiasm, and onstage, Berman usually does a few of his classic routines mixed with new material. For this event, he’s extended his show to include even more older material, and he’ll be introduced by none other than Mort Sahl on Friday, Jan. 14, at 142 Throckmorton Theater. 142 Throckmorton, Mill Valley. 8pm. $25–$35. 415.383.9600.