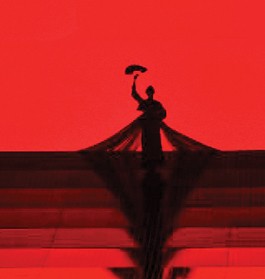 It’s tough to afford even going out to see a movie these days, let alone world-class opera. Well, leave the Benjamins at home and put on a T-shirt and blue jeans, kids, we’re going to the opera-in Santa Rosa. Not one, but two theaters are showing live opera on the big screen this year.

Not to be outdone, Summerfield Cinemas is also showing live opera and ballet in the Rialto’s former location. First up are two completely free HD screenings on June 2 of Giuseppe Verdi’s most well-known work, Aida, broadcast live and conducted by Zubin Mehta from the Teatro del Maggio Musicale Fiorentino in Florence, Italy. It’s got war, love, drama and tragedy-kind of like Titanic, which has never been performed by the Met (that we know of). Also on the slate are Macbeth, Swan Lake, Don Giovanni, Spartacus, LaBoheme and more, screening at Summerfield Cinemas, 51 Summerfield Road, Santa Rosa. 707.522.0719.