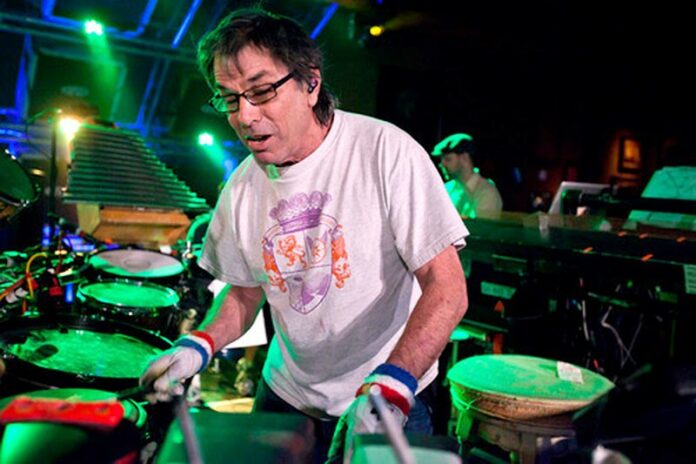 Grateful Dead percussionist Mickey Hart is pretty far “out there.”

The last time he played in town, the global drum master transformed light waves from outer space into musical sound waves. Now, the next frontier Hart has taken on is inner space, the human brain.

It sounds like something from a sci-fi flick, but it’s actually not new. Alvin Lucier composed a piece in 1965 called “Music for Solo Performer” in which EEG electrodes on the performer’s head picked up alpha waves—a specific type of brain wave induced by intense concentration—and converted them into electrical energy. Run through amplifiers, speakers and noisemaking devices, the waves became sounds.

There’s no telling what Hart’s return appearance at the Raven this week will sound like exactly, except to say that he will wear a hat outfitted with electrodes. Hart’s new album, Superorganism, was made with help from Dr. Adam Gazzaley of UC San Francisco, and proceeds from the tour go to research toward music therapy. Hart plays Thursday, Aug. 1, at the Raven Theater. 115 North St., Healdsburg. 8pm. $30–$35. 707.433.6335.