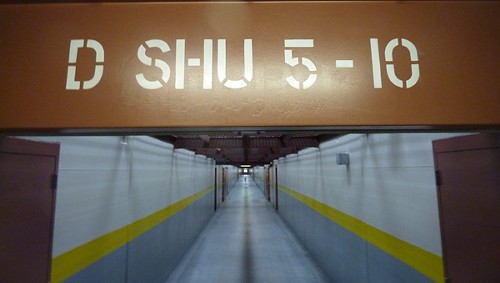 It’s being called the largest hunger strike in California State history. As of Thursday, July 18, 1,457 inmates in fifteen state prisons continue to refuse food, according to the California Department of Corrections and Rehabilitation. The hunger strike began on July 8 at Pelican Bay State Prison—the maximum security prison outside of Crescent City, California—before spreading across the state. The prisoners are protesting a policy that allows those with gang associations (itself a contested definition) to be held in isolation for indefinite periods of time.

At its highest point, 30,000 prisoners refused food at at about two-thirds of the state’s facilities, according to Rolling Stone magazine. Hunger strikes have become more common place in California’s controversial and notoriously dysfunctional prison system, one that the U.S. Supreme Court declared in a 2011 court ruling violates constitutional rights to health and well-being.

According to Prison Hunger Strike Solidarity, the “hunger strike has been organized by prisoners in an inspiring show of unity across prison-manufactured racial and geographical lines.”

The five core demands include the following:

Jerry Brown appears to be having his own Mission Accomplished moment by declaring that the state prison crisis is over. Tell that to the guy who has no access to clean water, the 150 women prisoners that were coerced into being sterilized over the past decade, and the prisoner that’s been in windowless, cramped SHU for fifteen years straight.