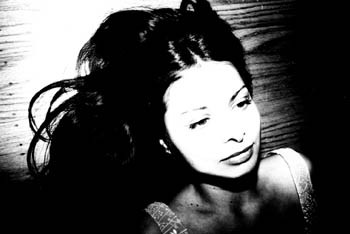 Know this about Hope Sandoval: The famously reclusive Goth-folk singer is genuinely shy and modest. When asked about her life, she sounds, well, almost pained. Why doesn’t she like doing interviews? “For the usual reasons,” she offers during a phone interview from a San Francisco rehearsal studio.

Know this about Hope Sandoval: As the singer with Mazzy Star, a showcase for her soothingly narcotic croon and blue-lit moods, she became the voice of postpunk neopsychedelia in the ’90s. That band, with its fuzzy guitar workouts and plaintive folk musings, recalled the Velvet Underground. Sandoval, a svelte and sexy 36-year-old Natasha Kinski look-alike from East L.A., played a brunette Nico to guitarist David Roback’s laid-back Lou Reed.

In 1990, Roback and Sandoval released Mazzy Star’s debut, She Hangs Brightly (Rough Trade). It became an instant college-radio hit. When Rough Trade’s U.S. branch went south, Capitol Records picked up the disc and three years later released the band’s follow-up, So Tonight That I Might See. It reached the Top 40 and spun off the surprise hit “Fade into You.” But Mazzy Star got minimal press. As music writer Richie Unterberger has noted, “Roback and Sandoval remained as enigmatic and aloof as their music, rarely submitting to interviews and offering mysterious, unhelpful replies when journalists did manage to talk to them.” Some things never change.

Know this about Hope Sandoval: She has a girlish laugh and somewhat coy demeanor that is quite refreshing amid the look-at-me mega-acts driven by the music industry’s multimillion dollar PR machine.

Know this about Hope Sandoval: She’s not punching a clock. Her latest recording project, Bavarian Fruit Bread (Rough Trade), is a partnership with Colm O’Ciosoig, former drummer with My Bloody Valentine, who heads up her new band, the Warm Inventions. It was released last fall after a five-year span between the last Mazzy Star recording. “I don’t really think about time limits,” Sandoval explains. “We just make music and it comes out whenever it comes out, and then people remind us that it’s been a long time between recording projects or whatever.”

Know this about Hope Sandoval: She doesn’t get it when people say she works the dark side of the street. “We were just playing what we felt,” she says of Mazzy Star’s dark tone. “Even now, with the most recent record that Colm and I put out, people have said, ‘It’s so sad and dark.’ But we thought it was really a cheerful record.”

Know this about Hope Sandoval: She may not like to talk about herself, but she loves to talk about the people she admires. In fact, after 15 minutes of dodging questions, Sandoval opens up when asked about her collaboration with Bert Jansch, the seminal Celtic folksinger, songwriter, and guitarist who contributed two tracks to Bavarian Fruit Bread. Sandoval is in awe of Jansch.

She and Jansch met several years ago at an underground show in London. At the time, Sandoval had mentioned to a label representative that it was a fantasy of hers to perform with Jansch, especially if he could show up and open a gig for the band. The label rep said he believed it was possible. The proper calls were made, and Jansch opened a gig, which turned out to be the start of a long friendship.

Sandoval has co-written and recorded a song with Jansch for his upcoming CD. “When he came out to Norway to record with us, it was unbelievable to be in the same room with him,” Sandoval enthuses. “I mean, he’s a genius. It was very emotional for me. After the sessions, I sat in my hotel room listening to the recordings and crying.”

Know this about Hope Sandoval: The title Bavarian Fruit Bread has significance for her. “There really is such a thing as Bavarian fruit bread,” she says cryptically. “But the title is sort of a secret message to someone.” Would she like to share that secret? There’s a long pause. “No,” she demurs with that girlish laugh.