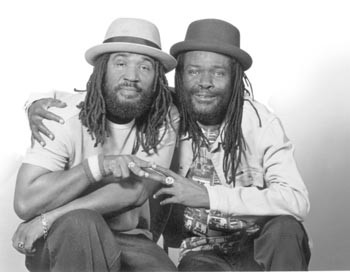 After producing the county’s quintessential alt-living event for 22 years, Giusti-Rose, 45, says she’s had enough. “I need to go on with my life,” she continues with a touch of regret in her voice. “It’s been wonderful, but it’s been all-consuming and not always profitable. There’s so much juggling and risk involved, it’s like a huge complicated puzzle to get all those people [to the venue] and make sure they have a good time.

“When I produce the festival, it’s not really health and harmony for me.”

The festival has always been successful, but not always profitable. With rent, insurance, labor, entertainment, and numerous other costs, it takes $400,000 to produce the event, which is not subsidized by the government or any corporate sponsors, says Giusti-Rose. “Yet people come to Health & Harmony and complain about the $15 or $18 entrance fee–that’s very discouraging to me,” she adds.

Giusti-Rose says she was ready to let go of her creation two years ago, but instead turned it into a nonprofit organization in the hope that a single savior or a leadership team would emerge to take control of the sprawling event. But so far that hasn’t happened.

“There’s no grassroots movement, and leaders are few and far between,” laments Giusti-Rose. “It’s not the 1960s anymore, and people are extremely busy these days. It’s hard to find someone with the resources to make it happen. I’m not sure whether the festival can or will continue after I’ve left.”

Giusti-Rose says health concerns, including a recent bout with breast cancer, have made it impossible for her to continue the demanding schedule and personal financial burden of the event. Looking back, it’s been a quite an odyssey for the festival’s founder.

In 1978, Giusti-Rose, fresh out of college, was inspired by the so-called new consciousness that embraced such alternative concepts as holistic health care, world music, ecology, organic foods, spirituality, and metaphysics. As these ideas settled into Sonoma County’s counterculture like a heady incense, she decided to create a festival that could be a catalyst to bring all the alternate values and lifestyle beliefs together locally.

The event, held each summer at the Sonoma County Fairgrounds, has grown 10-fold since its inception, last year attracting more than 25,000 attendees. It’s the largest of its kind in Northern California. Giusti-Rose says that mainstream culture now accepts the ideas that the festival was originally based on, and that it’s now “hip to eat healthy, recycle, and groove to reggae.”

And there will be plenty of alternative attractions, from the Goddess Temple, where you can create a little magick, to the Hemp Expo, to the Eco-Village that showcases green living and the Natural Foods Sampling Hall with such delectables as edible flowers, to a Techno-Tribal Trance Dance. In all, the festival will feature more than 500 exhibits, lectures, and demonstrations.

This year, says Giusti-Rose, the community is taking a greater role in organizing the festival. But it still needs more help. To continue into the future, she says, the festival needs producers, business sponsorships, and grants from foundations and agencies.

Since the event originated from the concept of pooled community strength, Giusti-Rose is optimistic that it can be reborn in some form with some focused grassroots help.

“It’s been a spiritual practice,” she says. “I look toward the community for physical and financial support to now make the festival self-sustaining.”