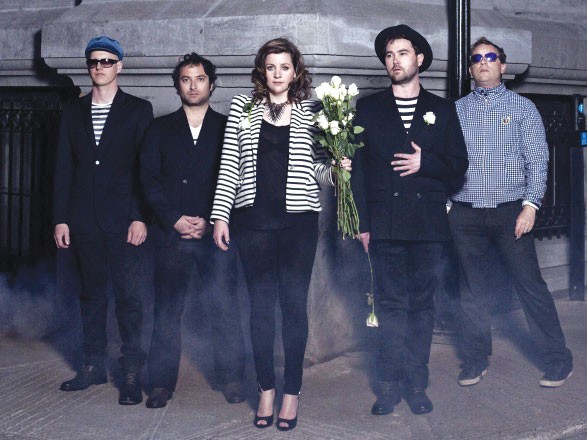 On the Canadian indie rock circuit, it might be easy to mistake the lineup of Stars for the musical collective Broken Social Scene, not only because they sound alike but because the two bands also share members.

But Stars have set themselves apart from their supergroup counterpart, and to prove it, their latest tour takes them to decidedly grownup venues where they’re displaying a more mature sound.

The band has been nominated twice for the Juno Award, the Canadian equivalent of the Grammys, and twice for the Polaris Music Prize, an annual award given to the best of the best Canadian albums. The North, the band’s eighth full-length album, came out last month, and gauging from previous work, this record should certainly be nominated for another big award.

The North‘s dance drums and hard synths will satisfy the endless thirst for ’80s’ sounds; still, the songwriting and lyrics are tinged with a modern sensibility, just enough for a cutting-edge 21st-century feel to seep through. As bands age, they tend to develop and ride through trends. In the case of Stars, who’ve been making albums for over 10 years, maturity has caught up with creativity, all made obvious through a swell of deliciously listenable tunes.