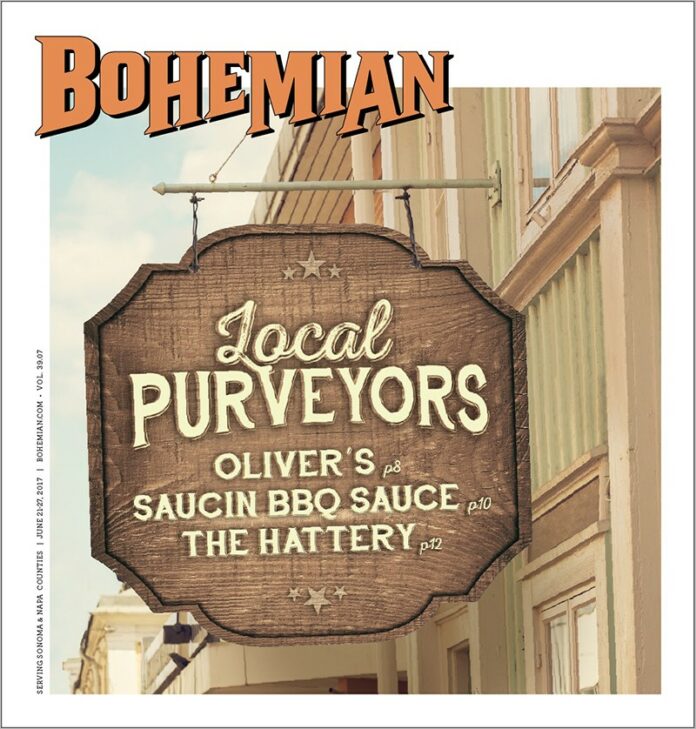 Let’s get the obvious cliché out of the way right at the top: Jennifer Webley wears a lot of hats.

“There’s a lot of curiosity about how hats are made,” Webley says “and a great deal of ignorance how it’s done”—a reflection of rising interest in both hats and hands-on, artisanal products with a story behind them. “I think there is a something interesting about creating and making things.”

With the rise of Wal-Mart and Amazon, Webley sees growing disillusionment with anonymous online and retail sales.

“There is pushback, and this is the pushback,” she says.

While she’s still putting the final touches on the shop, it’s filled with her vast hat collection, vintage hat blocks (wooden hat molds), ribbons and feathers for hat bands, old hat boxes (the Hattery will offer classes on hat-box-making, too) and work tables for the business of hat making. There’s nothing quite like it.

Interest in hats for men and women is on the rise, a trend that reconnects with the America’s hat-wearing history, says Webley. “There was a time when you wouldn’t leave the house without a hat,” she says.

She points to the hat-wearing style of the royal family as part of the push behind the trend, particularly Kate Middleton’s penchant for “fascinator” hats, small, clip-on headpieces adorned with feathers, veils and bows.

Josephine Mayo manages Portobello Hats and the Hattery. She’s also a member of the Eccentric Ladies hat club. What does a hat club do? “We all wear hats and we talk about hats,” she says.

They also make and repair hats. The group used to meet at cafes, but now convenes at the Hattery. “It’s wonderful to call this place home,” says Mayo.

In addition to classes, Webley says the Hattery will produce small numbers of hats for businesses looking for distinctive headwear or wedding party members interested in something they can wear on more than the day of the wedding.

While the shop is open by appointment only for now, Webley is eager to pull the veil back on hat making.

“I want the world to see what we’re doing.”