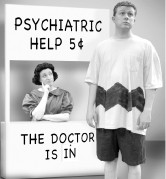 Forty years after its jubilant off-Broadway premiere in 1967, the sweet-spirited musical You’re a Good Man, Charlie Brown is now experiencing a bit of a resurgence in popularity–not that it needed one. Charlie Brown, by Clark Gesner and John Gordon, based on the beloved comic strip “Peanuts” by local hero Charles Schulz, ranks as one of the most frequently staged musicals in the world. A 1999 Broadway revival featured some major script changes by Michael Mayer and a couple of new songs by Andrew Lippa, and won Tony awards for a pre-Wicked Kristin Chenoweth as Sally and a pre-Producers Roger Bart as Snoopy.

To help celebrate the show’s 40th birthday, a gazillion theater companies across the globe are staging the revamped version this year, and Rohnert Park’s Pacific Alliance Stage Company stands tall among them. PASCO’s production, overseen with a typically sensitive hand by artistic director Hector Correa, is a glorious and enjoyably nostalgic delight. Though poor Charlie Brown, dreaming of Little League glory, can’t ever seem to get a hit, Correa and his actors have scored a solid home run with this effort.

As celebratory as this show is of the resilience and resourcefulness of children, it also mirrors Schulz’s strip by demonstrating acceptance of the petty cruelties and self-absorptions that come with being a kid. From a thumb-sucking Linus (Brandon Mears), worrying that his thumb is losing its flavor, to Charlie Brown (a spot-on Douglas B. Giorgis) expounding on the dangers of the schoolyard lunchtime, the play honors and celebrates the drama of childhood.

At the same time, following Schulz’s brilliant lead, these are astonishingly articulate four- and five-year-olds, expressing hard-to-grasp thoughts and feelings with a highly developed kids-say-the-darndest-things vocabulary, as when Lucy (Tara Blau), the bossiest kindergartener on the block, pronounces, “Nobody should be kept from being queen if they want to. It’s undemocratic!” or when Charlie Brown’s sister, Sally (Laura Pedersen-Shulz), confidently explains that from now on her new “philosophy” will be “Oh yeah? That’s what you think!”

On an emotional level, all of Schulz’s characters are wonderfully complex–with the Zen-like exception of Snoopy, uncomplicated by human neuroses–and PASCO’s cast do a first-rate job of playing these cartoon characters as much more than two-dimensional sketches. As the passive-aggressive Lucy, Tara Blau is astonishing, demonstrating a bullyish cackle to rival the wickedest of witches, nicely portraying a sense of sheer self-reveling glee as she alternately undermines Charlie Brown (“You have a ‘failure face,’ Charlie Brown!”), flirts with the Beethoven-loving Schroeder (Seth Michael Anderson) and experiences a crisis of conscience as she wrestles with her reputation as a “crabby person.”

Giorgis, as the optimistic misfit Charlie Brown, has exactly the right balance of uncertainty, determination and pessimistic wisdom (“Nothing echoes like an empty mailbox!”), and a wonderfully expressive singing voice to match. Pedersen-Schulz’s Sally is a marvelous creation, bringing entertaining detail to her portrayal of a supremely self-interested hedonist, reacting to a spilled ice cream cone with the woefully injured wail, “Don’t tell me my life isn’t a Shakespearean tragedy!”

Anderson’s Schroeder is endearingly sweet, even when dodging Lucy’s frightening advances or delivering unwelcome baseball advice to team captain Charlie Brown. As the insightful blanket-cuddler Linus, Mears plays the character with a kind of cheerfully bright oblivion tempered with the responsibility of being the neighborhood’s least self-obsessed thinker.

Finally, as Snoopy, Michael Barr emerges as a fine physical comedian, portraying a lot with very little as he employs subtle body language to act out everything from Snoopy’s airborne daredevilry, when he imagines battling the Red Baron in the skies over France, to singing the joys of suppertime. If I might quibble, the only thing I’d wish for in Barr’s performance is a bit more creativity with and commitment to each new emotion, a characteristic we expect from our Snoopies, who ought to be the biggest and brightest character onstage.

Quibbles aside, this is a joyous production, inventively staged to use every inch of the large stage–especially effective in the baseball scene–and well-accompanied by a tight orchestra helmed by the energetic Diego Emir Garcia. Concluding with the gloriously satisfying, innocently-wise anthem “Happiness” and a high-spirited, rocking-out curtain call, this is a show as warm and comfortable as a snuggle with a warm puppy–and a well-worn blanket.