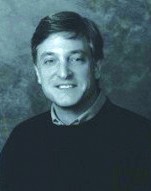 On Dec. 4, the Sonoma County Board of Supervisors approved a proposal for a 10,000-case winery to be built near Mark West Creek. Henry Cornell (pictured), a wealthy Goldman Sachs partner who lives in Manhattan but owns 215 acres off St. Helena Road, released the proposal for the new winery nearly eight years ago. The supervisorial vote came after the project’s lawyers presented reports showing safeguards incorporated to protect wildlife and water. As reported by Alastair Bland in a 2011 Bohemian feature, neighbors and environmentalists protested the winery’s impact on the Mark West Watershed and the coho salmon and steelhead that once heavily populated its waters. Such protest remains, and New Old Ways Wholistically Emerging, the opposition group, is considering a legal challenge to the ruling, which they say doesn’t take the effects of a second winery upstream of Mark West Creek into consideration.

Kids on the Outside

Roughly 700 homeless youth sleep on Sonoma County streets on any given night, according to recent surveys. On Dec. 14, Social Advocates for Youth promotes awareness of this reality with the SAY Sock Walk. The walk features a cell phone walking tour that enables participants to hear directly from the homeless youth served by the Sonoma County organization. At the end of the walk, hot soup and beverages from Rendez Vous Bistro, Dierk’s Parkside Café and Big River Coffee Company are served. Hear the voices of homeless teens on Friday, Dec. 14, at Courthouse Square in Santa Rosa. 5:30pm-7:45pm. Cost is one pair of socks for homeless youth with a requested donation of $10 (no one will be turned away). 707.544.3299.