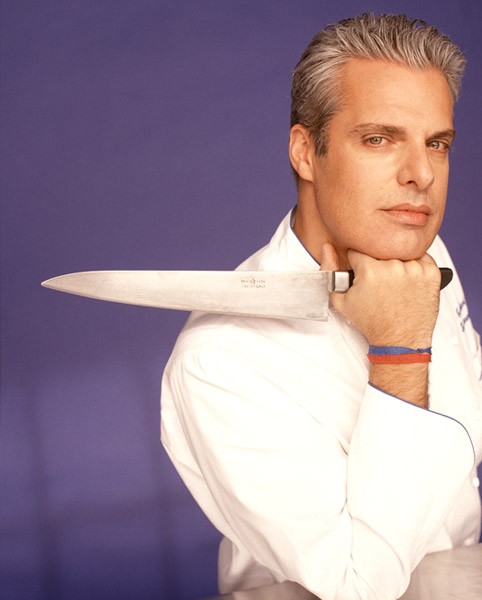 Eric Ripert and Anthony Bourdain, in a show billed as Good vs. Evil, are coming to Santa Rosa’s Wells Fargo Center on Feb. 10.

The mini-tour features Bourdain, the American chef of French descent turned writer and TV host, and Ripert, the French-born chef on his way to becoming a TV personality, in a night of bon mots, ripostes and bonhomie. The profane Bourdain, bestselling author and host of The Layover, will play the role of evil, while the courtly Ripert, chef at New York’s celebrated Le Bernardin and occasional host of Top Chef, will represent for good.

“I try to resist [the dark side] and I try to bring him to the light side,” Eric Ripert tells me in a recent phone interview.

The “good vs. evil” bit is, of course, an act. The two have become good friends since Bourdain first interviewed Ripert for his former show No Reservations. Ripert also reportedly introduced Bourdain to his wife. “The relationship is personal,” says Ripert. “We have a lot of fun together.”

After the back-and-forth, the two will discuss sustainability in food service, the restaurant business, the media and other meaty issues before taking questions from the audience.

Next ArticleFeb. 8-15: Across the Bridge