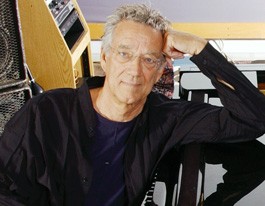 Ray Manzarek weaves himself into Napa's local fabric with . . . the symphony?

As a Rock and Roll Hall of Famer, Ray Manzarek doesn’t really need to drive out to a dingy warehouse in the middle of nowhere just to help out a young band whose bassist he met at the local bookstore. But earlier this year, that’s exactly how the Doors keyboardist spent his Sunday morning. Napa’s indie-rock trio Body or Brain had called to ask if Manzarek would star in their new video filmed at the all-ages club the Shop, in Sonoma, and he happily showed up for his cameo.

“They’re good, man,” Manzarek attests. “I wouldn’t have done it unless the band was truly good. I fully expect them to be the next Green Day. They’re so full of energy, with good song construction, and, technically, they do what they have to do. I think they’re sensational.”

Think of it as Manzarek taking his always-open ears—remember that he produced X’s first album—and applying it to his new home in Napa. Well, “new” meaning eight years ago, when he and his family moved to a two-and-a-half acre homestead north of town with chickens, fruit trees, vegetables and a wildflower garden. (“I’ve never worked so hard,” he quips, “since retiring to the Napa Valley.”) Now fully settled, the eloquent 71-year-old has woven himself into the local fabric, and this Sunday appears with the Napa Valley Symphony in a free outdoor performance of Doors songs arranged for symphony orchestra at the Napa River Festival.

A symphonic treatment of Doors music isn’t a new concept, although the song arrangements on Sunday will be written by Richard Aldag, a local Napa arts luminary. Earlier this year, Manzarek performed orchestral versions of “Love Me Two Times,” “Break on Through” and others with band mate Robbie Kreiger and guest orchestras in Europe, often bringing out unheard swing elements in the music. “The size onstage—not so much the loudness, but the bulk of the piece—becomes enormous,” he says.

The celebration, presented by Friends of the Napa River, also features Elvin Bishop, the Napa High School Marching Band and other local wine, food and organizations. Like the video shoot for Body or Brain, it’s not something Manzarek really needs to do. “But this is like buying at the farmers market on Tuesday or Saturday,” he says. “It’s the same thing. It’s my version of contributing to the community.” See him with the Napa Valley Symphony on Sunday, Sept. 5, at the Riverfront Stage. Main and Third Streets, Napa. 2&–9:30pm. Free. 707.226.6160.