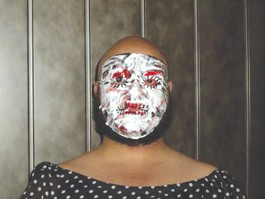 Ready or not, Arts Sonoma is ready to launch

Saturday morning, chore day, and you’re at the gas station filling up. As you stand dully by the tank watching the numbers whirr by, a woman begins to flit among the pumps, bending and dipping and even—is she crazy?—leaping.

She’s not crazy and neither are you—she’s merely performing a public dance bemoaning our dependence on fossil fuels.

Saturday evening, chores are done, time for a treat. You and your honey are at a restaurant out near the Russian River having one of those lovely long, meandering conversations about nothing that is so strangely satisfying. The couple at a nearby table, however, have begun to raise their voices. Oh. My. Gosh. Did he really say that to her in public? Is she crying? Don’t look, don’t look, it’s rude. OK, look quick and tell me what you see. She slapped him? No way!

No need to show public valor. They’re not having a row—they’re actors performing a play about a couple in a restaurant that just happens to be set in a real restaurant.

Saturday night, driving home through the lush, dark air. The radio is on softly and the passenger looks quietly out the window. What’s that light in that field? That is so strange! Hon, there’s a large . . . reddish, oh maybe it’s pink . . . light just glowing in that field over there. Pull over. This is so strange!

Aliens have not landed. This just is a random sculpture set up to radiate light on a random night in a random field.

You need a nightcap. Sitting in the bar of a Sebastopol restaurant, an aria starts up. Nice of them to play opera, you murmur, before realizing that the man seated at table in front of the fire has stood up and let the full strength of his tenor loose on a postmodern song structure by John Adams. Oh, sure. He’s the famous tenor from Adams’ Nixon in China and he lives out here.

Can we please just go home where there’s TV and it’s safe?

This long day of accidental art is entirely plausible between Aug. 29 and Oct. 3, otherwise known as the time frame for the large, unwieldy and sure-to-be surprising Arts Sonoma ’09 Festival. Born of a James Irvine Foundation grant through the Sonoma County Community Foundation and a desire for a fringe festival of outsider arts, Arts Sonoma encompasses all of those events that were going to happen anyway—rock concerts, fall stage productions and art gallery shows—and adds in a bunch of frankly strange stuff that wasn’t going to happen unless John Moran made it happen.

Moran is a humorous Brit who works for the Arts Council of Sonoma County and has nearly broken himself organizing this massive endeavor with former Studio KAFE owner John Duran. “I hate elitism,” Moran says, settling into a rickety chair in a Santa Rosa coffee shop. “It’s the perception of what the arts are that’s paramount to me. What we’re trying to say is that there’s more to it than you think there is.”

This first incarnation of what aims to be an annual festival relies heavily on the flash mob idea of performances occurring with seeming random precision. Liliana Cattaneo performs the gas station dances (for more, see Green Zone, p14); members of the Pegasus Theater Company act like they’re eating during performances in river-area restaurants; Patrick Scott will place electrified barrels wherever it pleases him; and indeed, Nixon in China tenor John Duykers will perform off-the-cuff opera in West County restaurants with New York composer Miguel Frasconi.

While the flash-mob aesthetic animates many of the surprise performances of the festival, there is much to experience that is plainly dated with a start time and everything. Among the highlights is former WASP (Women Airforce Service Pilots) flyer Jeanne Sloan, who has written a book about her experience as a pilot and hosts a reading from it with several fellow WASPs in attendance (Sept. 19). Performance artist and filmmaker Hamlet Mateo plans one of his memorable shows at the Hammerfriar Gallery based on sketches and random writings about his own imaginary country of Mongo. Expect face paint and cross-dressing and damned excellent drawings (starting Sept. 4). Meanwhile, Railroad Square’s Toad in the Hole pub finally gets around to celebrating the queen’s coronation, hosting an old-fashioned street party (Oct. 3). And rest assured, there’s more.

“This is just the start,” Moran stresses. “We’re asking people to have a taste of art, like wine—a flight of art. If there’s an audience for it, it will succeed.”

For details on the Arts Sonoma ’09, go to www.artssonoma.com. The ‘errata’ page is particularly useful for late changes.