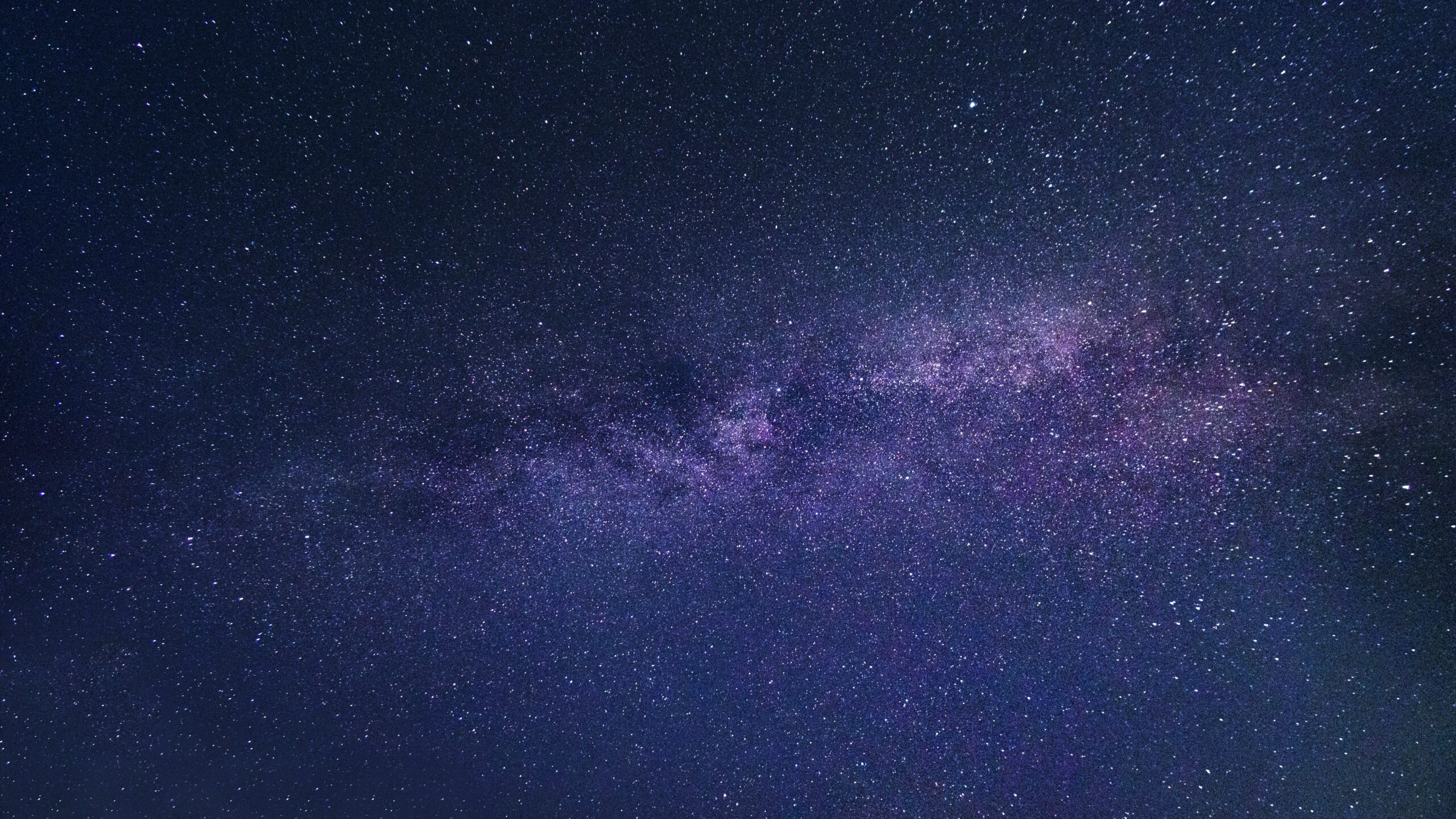 ARIES (March 21-April 19): “I have lived my life according to this principle: If I’m afraid of it, then I must do it.” Aries author Erica Jong said that. Since I’m not an Aries myself, her aspiration is too strong for me to embrace. Sometimes I just don’t have the courage, willpower and boldness to do what I fear. But since you decided to be born as an Aries in this incarnation, I assume you are more like Erica Jong than me. And so it’s your birthright and sacred duty to share her perspective. The coming weeks will be an excellent time to carry out another phase of this lifelong assignment.

TAURUS (April 20-May 20): “Sometimes suffering is just suffering,” writes novelist Kate Jacobs. “It doesn’t make you stronger. It doesn’t build character.” Now is your special time to shed suffering that fits this description, Taurus. You are authorized to annul your relationship with it and ramble on toward the future without it. Please keep in mind that you’re under no obligation to feel sorry for the source of the suffering. You owe it nothing. Your energy should be devoted to liberating yourself so you can plan your rebirth with aplomb.

GEMINI (May 21-June 20): “I am very much afraid of definitions, and yet one is almost forced to make them,” wrote painter Robert Delaunay (1885–1941). “One must take care, too, not to be inhibited by them,” he concluded. He was speaking of the art he created, which kept evolving. In his early years, he considered his work to be Neo-Impressionist. Later he described himself as a “heretic of Cubism,” and during other periods he dabbled with surrealism and abstract art. Ultimately, he created his own artistic category, which he called Orphism. Everything I just said about Delaunay can serve you well in the coming months, Gemini. I think you’ll be wise to accept definitions for yourself, while at the same time not being overly bound by them. That should ultimately lead you, later this year, to craft your own unique personal definition.

CANCER (June 21-July 22): As a postgraduate student in astronomy, Cancerian-born Jocelyn Bell Burnell discovered radio pulsars in 1967. Her supervisor, who initially dismissed her breakthrough, was awarded the Nobel Prize for her work in 1974—and Burnell wasn’t! Nevertheless, she persisted. Eventually, she became a renowned astronomer who championed the efforts of minority researchers. Among the 25 prestigious awards and honors she has received is a $3 million prize. I urge you to aspire to her level of perseverance in the coming months. It may not entirely pay off until 2023, but it will do so.

LEO (July 23-Aug. 22): “One should always play fairly when one has the winning cards,” wrote author Oscar Wilde. Let’s make that your motto for the next six weeks. If life could be symbolized by a game of poker, you would have the equivalent of at least a pair of jacks and a pair of queens. You may even have a full house, like three 10s and two kings. Therefore, as Wilde advised, there’s no need for you to scrimp, cheat, tell white lies or pretend. Your best strategy will be to be bold, forthright and honest as you make your moves.

VIRGO (Aug. 23-Sept. 22): “In all the land, there is only one you, possibly two, but seldom more than 16,” said comedian and actor Amy Sedaris. She was making a sardonic joke about the possibility that none of us may be quite as unique as we imagine ourselves to be. But I’d like to mess with her joke and give it a positive tweak. If what Sedaris says is true, then it’s likely that we all have soul twins somewhere in the world. It means that there are numerous people who share many of our perspectives and proclivities, that we might find cohorts who see us for who we really are. I bring these thoughts to your attention, Virgo, because I suspect the coming months will be an excellent time for meeting and playing with such people.

LIBRA (Sept. 23-Oct. 22): A team of biologists unearthed a fascinating discovery in Costa Rica. When the group planted a single tree in pasture land that had no trees, biodiversity increased dramatically. For example, in one area, there were no bird species before the tree and 80 species after the tree. I suspect you can create a similar change in the coming weeks. A small addition, even just one new element, could generate significant benefits. One of those perks might be an increase in the diversity with which you engage.

SCORPIO (Oct. 23-Nov. 21): Smallpox has been eliminated thanks to vaccination, but it was once among the most feared diseases. Over the course of many centuries, it maimed or killed hundreds of millions of people. For 35% of those who contracted it, it was fatal. As for the survivors, their skin had permanent scars from the blisters that erupted. As disfiguring as those wounds were, they were evidence that a person was immune from future infections. That’s why employers were more likely to hire them as workers. Their pockmarks gave them an advantage. I believe this is a useful metaphor for you. In the coming weeks, you will have an advantage because of one of your apparent liabilities or imperfections or “scars.” Don’t be shy about using your unusual asset.

SAGITTARIUS (Nov. 22-Dec. 21): Sagittarian author Pearl Cleage sets the tone for the future I hope you’ll seek in the coming weeks. The Black feminist activist writes, “We danced too wild, and we sang too long, and we hugged too hard, and we kissed too sweet, and howled just as loud as we wanted to howl.” Are you interested in exploring such blithe extravagance, Sagittarius? Do you have any curiosity about how you might surpass your previous records for rowdy pleasure? I hope you will follow Cleage’s lead in your own inimitable style.

CAPRICORN (Dec. 22-Jan. 19): “I can never rest from tenderness,” wrote author Virginia Woolf. I won’t ask you to be as intense as her, Capricorn. I won’t urge you to be constantly driven to feel and express your tenderness. But I hope you will be focused on doing so in the coming weeks. Why? Because the astrological omens suggest it will be “in your self-interest to find a way to be very tender.” (That’s a quote by aphorist Jenny Holzer.) For inspiration, consider trying this experiment proposed by Yoko Ono: “Try to say nothing negative about anybody: a) for three days; b) for 45 days; c) for three months.”

AQUARIUS (Jan. 20-Feb. 18): “I gamble everything to be what I am,” wrote Puerto Rican feminist and activist poet Julia de Burgos, born under the sign of Aquarius. Her gambles weren’t always successful. At one point, she was fired from her job as a writer for a radio show because of her progressive political beliefs. On the other hand, many of her gambles worked well. She earned awards and recognition for her five books of poetry and garnered high praise from superstar poet Pablo Neruda. I offer her as your role model, Aquarius. The rest of 2022 will be a fertile time to gamble everything to be what you are. Here’s a further suggestion: Gamble everything to become what you don’t yet know you must become.

PISCES (Feb. 19-March 20): Piscean jazz saxophonist and composer Ornette Coleman was a trailblazer. He created the genre known as free jazz, which messed with conventional jazz ideas about tempos, melodies and harmonies. In the course of his career, he won a Pulitzer Prize, Grammy Lifetime Achievement Award and MacArthur Fellowship “genius” grant. He was a technical virtuoso, but there was more to his success, too. Among his top priorities were emotional intensity and playful abandon and pure joy. That’s why, on some of his recordings, he didn’t hire famous jazz drummers, but instead had his son, who was still a child, play the drum parts. I suggest you apply an approach like Coleman’s to your own upcoming efforts.