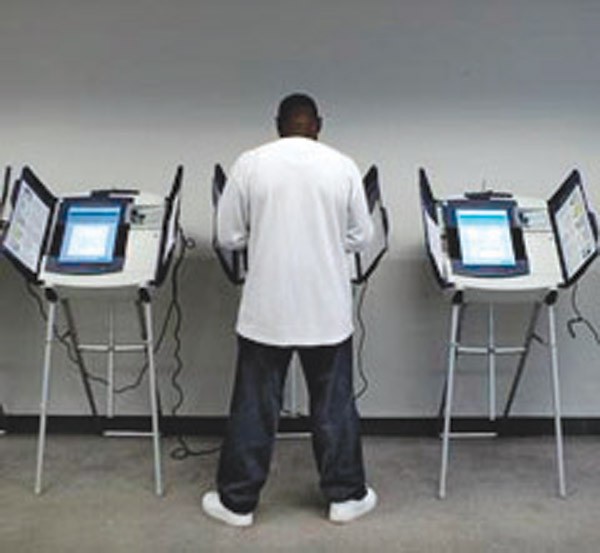 Sure, unless you're poor, minority or female

Green-leaning Americans vote, as I do, to protect the environment and human rights. But thanks to discriminatory voting-ID laws passed in states around the country, corporations are stealing citizens’ voting rights.

This sends ice through my veins because I was in the South when black voters were kept from voting by systematic intimidation and worse. When my father’s military career forced our family to move to Biloxi, we arrived just before the civil rights explosion turned Mississippi into a battleground. And though I was too young to know it at the time, we got there just after an innocent black man had been shot and killed by a white lawmaker for the “crime” of registering to vote.

Lawmakers now have a less bloody but just as effective strategy in place for eliminating potential voters, funded by corporate backers including—no surprise here—the Koch brothers. The way it works is simple: the right-wing American Legislative Exchange Council (ALEC) drafts legislation and passes it along to lawmakers, who get states to pass it as a protection against “voter fraud.”

Targeted by these laws are an estimated 5 million voters, including African-Americans, Latinos, students, the disabled, the elderly and women who, because of marriage or divorce, don’t happen to have their correct name on their photo ID. Those without a birth certificate or driver’s license, and those who can’t afford to acquire them, can’t vote.

But law experts say voter fraud is a nonissue, because it is extremely rare. The Brennan Center for Justice at NYU’s School of Law claims voter fraud (a person voting twice) occurs as frequently as “Americans are struck and killed by lightning.” Yet the ALEC is helping conservative lawmakers get states to make discriminatory voting laws.

Mississippi hasn’t succumbed—yet. But Mother Jones reported Oct. 3 that ALEC-drafted legislation has been proposed by lawmakers in 35 states and made into law in Alabama, Kansas, Rhode Island, South Carolina, Tennessee, Texas and Wisconsin. And what kind of discrimination is being flaunted now in Texas, where under this new law citizens can vote using an ID for concealed firearms but not an ID issued from a college?

Color of Change has launched a web campaign to stop corporate-backed voter suppression that is “part of a long history of voter suppression directed at black folks and other underrepresented groups.” Only now, says Color of Change, it’s not “violence, intimidation and literary tests” but laws that make voting “burdensome and difficult” for people whose lives are already hard enough.