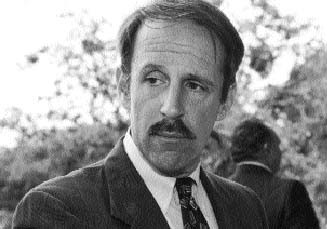 Rep. Frank Riggs, R-Windsor, doesn’t exactly fit the standard portrait of a dark horse. True, his chances for garnering the Republican nomination for U.S. Senate–not to mention winning in November–seem slim. But he’s no unknown quantity, at least locally.

He’s Sonoma County’s dark horse with a bright red blanket, having benefited early in his career from another dark horse: he ascended to Congress in 1990 after third-party candidate Darlene Comingore siphoned 15 percent of the liberal votes from Democratic incumbent Doug Bosco.

Why is Riggs running for Marin Democrat Barbara Boxer’s U.S. Senate seat? After all, he’s in a plum position in the House of Representatives, a Newt Gingrich cozy who has been on powerful committees like Economic and Educational Opportunities, Appropriations, and Transportation and Infrastructure.

The official party line for Riggs’ bid to unseat Boxer isn’t forthcoming, since neither his Capitol Hill p.r. flak Beau Phillips nor his Napa campaign headquarters media rep Pam Simpson returned phone calls (evidently, the Riggs camp is still sore about the May 1995 Independent article “Second Time Around: Has Rep. Frank Riggs Cut a Deal with the Devil?”).

“He’s going to tell you he thinks he can win, that it’s time to move up, that he’s the most experienced, blah, blah, blah,” says Andy Merrifield, professor of political science at Sonoma State University. “[But] he’s in big, big trouble.”

The truth is that Riggs is saving face: He’d probably lose if he ran for re-election in the 1st Congressional District.

“In [state Sen.] Mike Thompson he [would have faced] far and away the toughest candidate since he first ran [in 1990],” Merrifield says. “Thompson can raise a ton of money, he’s a very respected member of the Legislature, has great name familiarity, is a mainstream Democrat. Thompson is a great candidate for the district.”

For Riggs, running for the U.S. Senate may be politically strategic, even if he doesn’t win. “There’s no shame in trying to move up and losing,” Merrifield says. “It’s not as humiliating to shoot for the Senate as to say, ‘I can’t run for re-election because I might lose in my own district.'”

Riggs’ reach may very well exceed his grasp as early as the June primary. Two candidates for the Republican nomination already have a jump on him: Darrell Issa, a car-alarm businessman with millions to back him; and Matt Fong, state treasurer and Republican insider.

“The Republican Party nationally would love to beat Barbara Boxer, and is disappointed that no Republican has emerged that is a shoo-in,” Merrifield says. “I’m not privy to any insider information, but if the Republicans are looking for someone to groom for ’98, Frank Riggs wouldn’t be the first choice. He’s too obscure.”

Riggs has very little statewide name recognition– except for the pepper-spray incident. His position that zealous demonstrators holed up in his Eureka office deserved to have liquified pepper spray dabbed into their eyes by local law enforcement officers did get him some state and national publicity–but not the kind that necessarily helped him in public opinion polls.

Riggs may have yet another agenda, one that lies in between winning and waning: Perhaps he’s running for Senate simply to network and make contacts at a level of increased visibility.

“Every election [Riggs] has had, he barely won … and he lost in ’92,” Merrifield says. “Perhaps he’s tired of elected office.

“That doesn’t mean he’s tired of politics,” Merrifield adds. “If the Republicans capture the White House in the year 2000, perhaps he could get some appointment in the Interior Department. He’s been loyal.”
J.W.