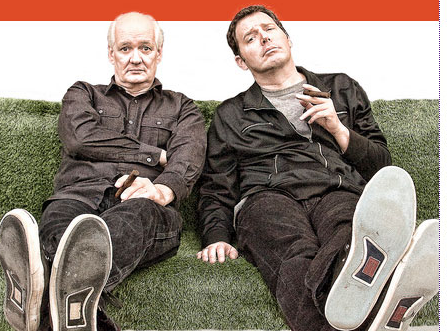 In the annals of television comedy, improvisation has proven to be a fickle mistress. Either you get it—like the late Sid Caesar—or you don’t. Even the idea of putting on a program sans scripted laughs seems unlikely given the big bucks behind it. So how is it that a show like Whose Line Is It Anyway? could be so dominating, and so funny, on both U.K. and U.S. TV sets for decades? Look no further than stars of both incarnations Colin Mochrie and Brad Sherwood, two of the original stars now performing as a two-man group delivering “Live and Dangerous Comedy.” Just like the format of Whose Line, the funnymen will take audience suggestions and run wild. This never-to-be-repeated night of comedy happens Friday, Feb. 21, at the Marin Center’s Veterans Memorial Auditorium. 10 Avenue of the Flags, San Rafael. 8pm. $30—$60. 415.499.6800.