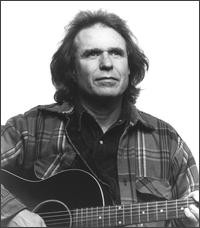 by Gabe Meline
Feb 16, 2011
While even the game show Jeopardy! has been taken over this week by a computer, there are still a few human elements left floating around the world. One of them in its purest form is the music of Woody Guthrie, which in a spate of recent tributes sees another this weekend by none other than Country Joe McDonald. Best known for his “fish” cheer at Woodstock, McDonald has been a fixture at Northern California protests in recent years, carrying on Guthrie’s spirit. He gets in touch with his folk roots on Thursday, Feb. 17, at Aubergine. 755 Petaluma Ave., Sebastopol. 8pm. $18. 707.861.9190.
Share
Facebook
Twitter
Previous articleFeb. 16-23: Across the Bridge
Next articleFeb. 18: Snipers at Billco’s Billiards
10,604FansLike
7,241FollowersFollow