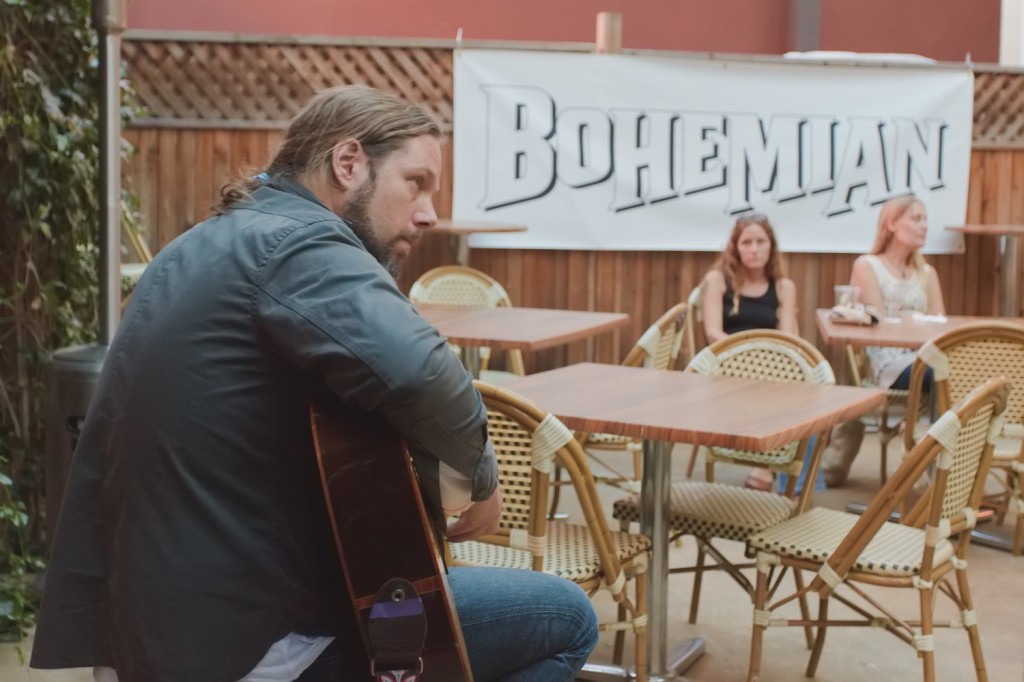 Black Crowes co-founder, Rich Robinson rolled into Napa’s lovely Uptown Theatre this weekend along with his handpicked band to perform songs off of his critically acclaimed album, “The Ceaseless Sight.” The night began for a handful of lucky Bohemian contest winners with a behind-the-scenes look at the band’s rehearsal process which included a taste of songs that were to be performed that evening. The group was then escorted into the theater’s courtyard, where they were treated to an intimate acoustic set provided by a rather under the weather Robinson, who apologetically stated that the set would be solely instrumental due to the fact that he needed to rest the vocal chords for the evening’s performance. The informal set was followed by a brief meet and greet with the performer and a chance for guests to have their memorabilia signed by Robinson. 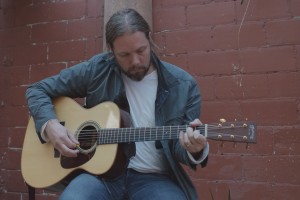 At around 9 p.m. the band emerged onto the unassuming stage, save the musical instruments and necessary accoutrements. For Robinson it is all about the music. This latest album is an amalgamation of life experience and a story of musical evolution. It is evident that Robinson is in his element, with the guitar (which he changed with almost every new song) on the stage playing his music. Like the earlier acoustic set Robinson performed, there was an intimacy to the show, as if the musician were letting us into his arena, his vulnerabilities portrayed through the music. 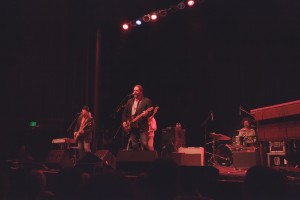 Robinson says he is in a very positive place in his life and wants that optimism to be reflected in the music. At one point in the show, he invited those guests still glued to their seats to get up and move, which they did, motivating almost everyone in the crowd out of their seats and onto the floor. It didn’t take much considering the band’s high-energy performance.
Before he took the stage I had a chance to interview Robinson:
“My first record was more of an experiment,” he said. “I had just stepped away from the Crowes for the first time in my adult life, but I still had all of these songs and I didn’t want them to go to waste.” Not wanting to go through the arduous process of putting a band together, Robinson decided to write the music and lyrics himself and take lead on vocals. “For PAPER it was more like, let’s just see how this goes, you never really know until you do it.”
Immediately after that first solo record came out, the Crowes re-united and the band went back on tour. During this time, Robinson felt more comfortable singing, so by the time he was ready to put out his second solo album, “Through a Crooked Sun,” he had become more confident in his abilities. “By the time that record (Through a Crooked Sun) had come out, I had been through a lot, I had just come out of a divorce, and I had a lot more to say. It was more of a reflection of where I had been in the last five years.”
This new album (“The Ceaseless Sight”) is more about “moving forward” according to Robinson. He had lost most of his equipment and guitars in Hurricane Sandy, which was more of a sign to him that it was time to move on more than anything, “I felt slightly relieved. It was very cathartic in a sense.” The lack of instruments of course did not deter him from making another record, “I went in to make this record with, literally four or five guitars, something I had not done since I was a teenager, and it felt great. I found myself feeling more positive about (this experience).”
Although the album began almost spontaneously there is a cohesive quality to it, which Robinson credits to his longstanding relationship with drummer Joe Magistro (who also performed on “Paper”) “I know what he’s going to do and he knows what I am going to do, it’s very intuitive. Being in a band is being very intuitive and knowing where things are going to go.”
The album was recorded in Woodstock, where he had recorded previously with the Black Crowes, so it felt only natural to record this new record in an environment that was familiar and comfortable to him, “I tap into something there. I like the energy of the place.”
It only seems appropriate that the milieu would reflect his commitment to creating work that is authentic and sincere. In a cultural climate that reveres fame  it can be difficult for an artist who actually want to create something substantial.
“It is easier for bands to get started now and just put their stuff on YouTube. There are a whole faction of kids out there who are making some really good music, but there are a lot of people making really, really shitty music.” Robinson declined to give specific examples. He adds that a lot of the bands out there seem to be devoid of anything that is in some way, culturally or artistically relevant, “Where are the Bob Dylans? For years, artists have strived to create something greater than themselves (until recently). There is a responsibility, as an artist to try not to suck.” Robinson adds that he can’t “write things for other people. (That is) flawed immediately.”