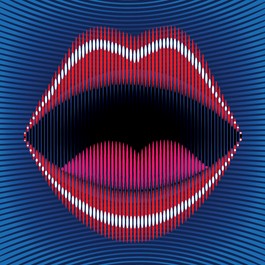 And those 70 don’t include the dozen eateries in the Montecito Shopping Center a block from the row’s eastern end, nor the half-dozen on Fourth beyond the row’s western end, nor the many others on and just off neighboring Third Street, nor the tantalizing booths that line Fourth Street during every Thursday evening’s farmers market. (That’s about two dozen nors.) In all, there are close to a hundred places on and just off the strip to indulge the craving for any known taste. If you can’t select something to satisfy your innards from the cornucopia that is San Rafael’s restaurant row, you just don’t give a damn about dining out.

OK, in a barrel the size of this restaurant row there are bound to be a few bad apples, so it’s best to see the row as a barrel half-full or, better yet, as a tiara with many semiprecious gems and several bright diamonds.

Bagels don’t get better that those thumped out at Marin Bagel Company (1560 Fourth St.; 415.457.8127), where you can watch ’em being made. (This may be more than you need to know, but I down about 350 of Marin Bagel Co.’s sesames a year, one a day with my morning coffee, each ritually toasted, buttered and topped with a smidgen of raspberry jam. This is what an authentic New York&–style water bagel is supposed to be. Too bad there’s no rye bread in the Bay Area to match it.)

The three Indian restaurants downtown are all good, but I especially like the newest, Om South Indian Cuisine (1518 Fourth St.; 415.458.1779), which specializes in mouthwatering curries and a remarkable rolled Dosa bread served in sizes ranging up to four feet long. Impressive.

Asian food is represented by four Chinese, three Japanese, four Thai and one off-row Vietnamese. My favorite dish is the rarely found pressed almond duck at Yet Wah (1236 Fourth St.; 415.460.9833).

A real sleeper is the Lighthouse Diner (1016 Court St.; 415.721.7700), sister to the Lighthouse Cafe in Sausalito. Its unexpectedly eclectic menu includes several authentic Scandinavian dishes because the owners are Danish. Among the best are its traditional herrings, gravlax (marinated salmon), Danish meatballs and pitti panna, which is a hash. (In Sweden, they call it leftovers. I call it great.)

So what, then, is the essence of San Rafael’s restaurant row that makes it so special, so unique in all the Bay? The answer is easy: diversity, the unexpectedly high quality of its offerings and the simple fact that, if you haven’t called ahead but just park on Fourth Street and want a perfect place to eat, a different place to eat, just keep walking; you will find it. It’ll be a few doors down, a block down, across the street and still near where you parked. You can’t say that about any place in the Bay Area other than the biggest restaurant row of them all, San Francisco.