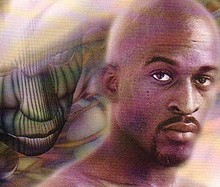 Hip-hop pioneers grow up and drop the chest-beating

Hip-hop’s consciousness registered an earthquake-sized tremor recently when Rakim and A Tribe Called Quest, two New York hip-hop legends whose careers began in the 1980s and who have both notoriously refrained from touring for the past six years, surfaced in two consecutive Bay Area performances.

The sold-out crowds had every reason to indulge in a workout of leaping, shouting and drooling proportions, since both Rakim and A Tribe Called Quest are responsible for creating some of the most revered hip-hop albums in the world. Despite their royal status, both veteran artists kept surprisingly distant from the usual browbeating and chest-thumping that permeates most live hip-hop shows. If this is any barometer, then part of the trick to hip-hop’s elusive longevity appears to go thankfully hand in hand with the shedding of its most disposable accessory: the overinflated ego.

Time and again, hip-hop fans have patiently witnessed the tiresome practice of young, upstart rappers acting like gods onstage. They make the audience wait for hours in an excruciating power play of hype and suspense, and then demand noise before they’ll appear. They force the crowd to repeatedly recite their name, they lip-synch while making the crowd sing along to prerecorded tracks and they blare tasteless commercials for their own CDs over the PA system in between songs.

This is all fairly normal manipulative activity for performing hip-hop artists, and sometimes, if executed correctly with certain key elements in place, it can strangely succeed in enhancing the concert-going experience. Treating the crowd like a herd of disciples is meant to instantly elevate the rapper to a Christ-like status, and it can be exciting for a while; but it’s also not uncommon for the crowd to order a similarly timely crucifixion.

Perhaps A Tribe Called Quest is old enough to know better, or perhaps they know that their crowd–also slightly older these days–wouldn’t fall for that anyway. When performers treat their audience like a comfy group of old friends, they’re likely to receive heartfelt adulation in return, and for a group whose fans have been listening to their records for years, what is A Tribe Called Quest if not, essentially, a bunch of old friends?

At an early September gig at the Berkeley Community Theater, the group warmth was set with the opener of “Buggin’ Out” and lasted throughout the night, from a surprise a cappella version of “Sucka Nigga” to the group beatbox of “Find a Way.” As spectators from all walks of life recited every single line of a greatest-hits set, the group–draped in bow ties instead of gold chains–addressed the crowd on the importance of unity rather than the importance of themselves, closing the night by asking for a chant of peace. When the lights came up, the atmosphere in the lobby was a collective spine-tingle, like the afterglow of a group baptism.

Joined the next night by a few old friends of his own, Rakim confidently paced back and forth in front of a capacity crowd at Slim’s in San Francisco, delivering his nonstop rhymes with a champion boxer’s deadpan and a white T-shirt draped over his head. The night’s accolades were few but sincere. DJ Kid Capri echoed the shared experience of stumbling into the world of Rakim. (When cueing up 1986’s “My Melody,” he recalled, “The first time I heard this joint, I was in my bedroom–and I lost my mind!”) Opening act Ras Kaas declared it a “privilege and an honor to be on the stage with this man tonight,” which is what anyone would likely say about the Jesse Owens of hip-hop. Rakim, for his part, mostly stuck to thanking the crowd for showing up.

“Y’all been good to me for over 20 years,” he said between songs, “and I wanna say thank you for all y’all’s support.”

At age 38, the self-styled supreme “Allah,” shed his facade and expressed humble gratitude. He then launched into “I Ain’t No Joke,” recorded in 1986 and aimed at those suckers who deny his prowess, and the crowd, many of whom weren’t yet born in 1986, responded in kind. They went nuts.