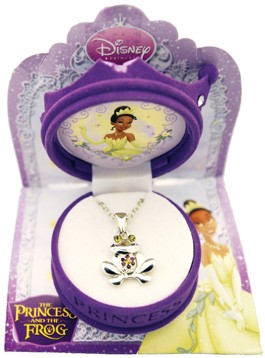 In February of this year, several thousand customers of plus-size chain store Catherine’s found themselves at the center of a not very funny irony. They’d bought charm bracelets to benefit breast cancer awareness only to learn that the charms potentially caused—you guessed it—cancer.

Catherine’s removed the bracelets from the shelves, but soon children’s jewelry recalls began en masse. Wal-Mart, after initially grousing about the cost of culling its shelves for 55,000 Disney Princess and the Frog necklaces, boxed them up and dumped them. Next came Rudolph the Red-Nosed Reindeer kids’ bracelets, after lab tests found that “following a 24-hour incubation in simulated stomach acid, over 20,000 micrograms” of toxins “were released from the snowman alone,” in the Feds’ words.

And who is the BFF our kids have lost, hopefully forever after? Why, it’s our good friend cadmium, the same element that helps nickel-cadmium (aka ni-cad) batteries operate so well. Its uses in the industrial and natural worlds are manifold. It plates metal with a subtle stable sheen and helps steel resist rust. Single-celled algae even use it to aid in reproduction when zinc, the preferred element, isn’t around.

It’s slick, good-looking stuff, this cadmium, sitting pretty in the periodic table at number 48 and hanging out with its immediate atomic buddies silver, gold, zinc and mercury. It’s beautiful, liquidlike and smooth as Valentino. When cadmium struts into the party, everything gets really cool and mellow.

Which is exactly the problem for humans and other multicelled creatures: cadmium charms its way into the body, settles in and convinces our anatomical parts to take an extended break. Bones don’t quite make the effort they used to and simply break. The kidneys get lazy, don’t filter acids and start leaking proteins. The lungs slowly stop making quite so much effort, and breathing suffers. The sense of smell often goes out completely.

In cases of moderate cadmium poisoning, short-term degeneration of those functions occurs, leading to a syndrome informally known as “cadmium blues.” Worse cases can be fatal. And of course children, with their high metabolisms and low body weight, are highly susceptible.

Cadmium managed to crash the jewelry products party via the same entrance many industrially useful but biologically troublesome substances do: it’s cheap. Whenever manufacturers refine zinc, a product crucially necessary not only to industrial processes but also to the human body, cadmium and its alloys slough off. So there’s lots of it sitting around, especially in China, the world’s leading importer of such metals. So when the U.S. and many other nations banned the further use of lead in toys back in 2008, Chinese manufacturers simply substituted cadmium. One line of kids’ products featured a metallic mixture that contained a cadmium level of 91 percent by weight.

The Associated Press first discovered that fact when doing post-lead-ban tests on children’s products earlier this year. It met the usual industry resistance. The Fashion Jewelry and Accessory Trade Association claimed that cadmium levels were insufficient to cause health risk, and Wal-Mart complained that reviewing its toy shelves for toxins was too much trouble.

Things haven’t gotten much better for consumers since the first recalls. The same federal commission caved in to trade association demands that cadmium limits be voluntary. Its new suggested cadmium limits are three times higher than previous ones.

So for now, it’s cadmium emptor.

For information on cadmium in toys, jewelry and other products, see www.epa.gov.