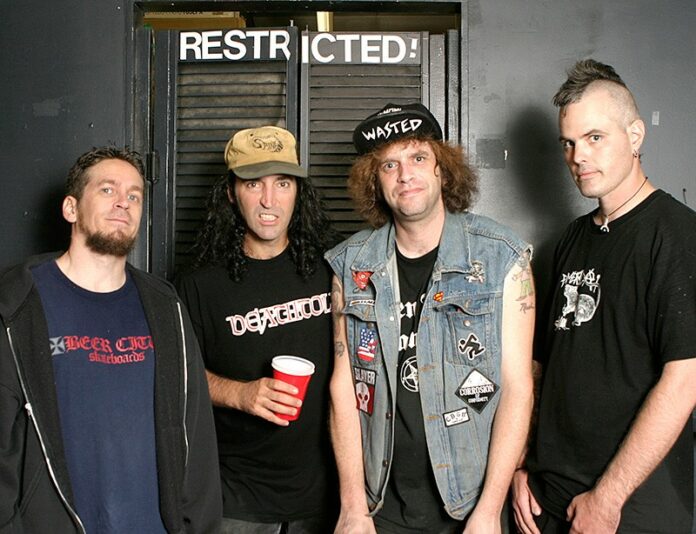 When singer Kurt Brecht and guitarist Peter “Spike” Cassidy started the punk band Dirty Rotten Imbeciles (better known as D.R.I.) back in 1982, they never imagined the band would be going strong after 33 years.

Besides an extended hiatus between 2006 and 2013 when Cassidy spent time treating and recovering from colon cancer, the band has been touring incessantly, playing places as far-reaching as South America and Indonesia.

“We just recorded a new EP that has three new songs and two re-recorded ones from years ago,” Brecht says, by phone from his home in Houston, Texas. “We don’t have a name for it yet and still no release date planned, but it will be released on Beer City records. We also have a few other new songs, and we’ve been working in our new drummer, Brandon Karns, who joined us last summer.”

Although a contract with Slim’s in San Francisco from a previous booking agent had prevented the band from playing in the North Bay, Cassidy now books all D.R.I. dates, and the band will finally do a proper Sonoma County show on Thursday, April 2, at 755 Afterdark in Sebastopol with Slandyr, Twisted Psychology, Thought Vomit, Trecelenc and Phantasm. 755 Petaluma Ave., Sebastopol. 7pm. $17 advance; $20 at the door (all ages). 707.861.9190. www.755afterdark.com.