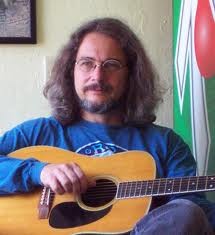 He’s a journalist, radio DJ, producer, photographer, musician and author. But on this night, David Gans uses the guitar and voice to tell his tales. The Grateful Dead historian (his 1985 book on the band is highly regarded) played with Dead bassist Phil Lesh when he came out of retirement in the ’90s, and has played with several other folk and bluegrass icons. He now makes music with the Sycamore Slough String Band, which performs acoustic versions of Grateful Dead songs. After writing for almost every major music magazine in the Bay Area, including Rolling Stone, Gans now hosts Dead to the World on KPFA radio. David Gans plays with KRSH-FM DJ Andre de Channes on Saturday, Dec. 22, at the Redwood Cafe. 8240 Old Redwood Hwy., Cotati. 9pm. $5. 707.795.7868.