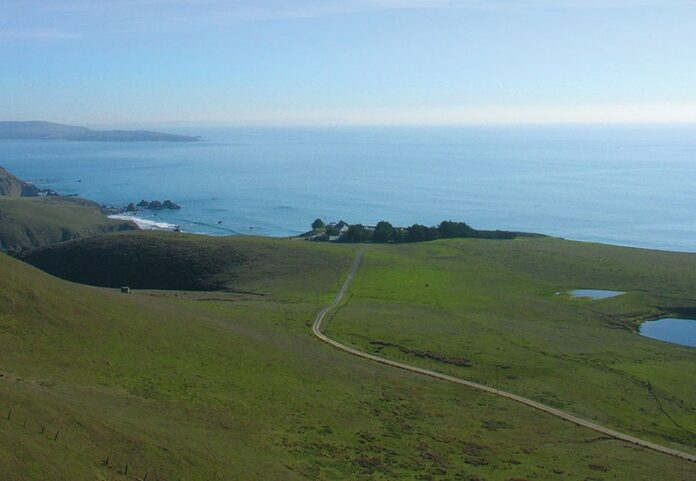 The California Coastal Conservancy meets Oct. 1 in Fort Bragg, and one agenda item caught our eye: The conservancy, a state agency that works to purchase and protect coastal resources, will consider a proposal to give $1 million to the nonprofit Wildlands Conservancy to help buy the Estero Ranch in southwestern Sonoma County, “for the purposes of habitat protection, public access and agricultural preservation.”

The property is stunning.
Century 21 listed it for sale last March for $6.9 million. Owned by the Bottarini family, the ranch features some 547 acres along the Sonoma-Marin county border, with three-fourths of a mile of Pacific Ocean coastline frontage. The land borders the Estero Americano Preserve, previously scooped up for preservation by the Sonoma Land Trust.

Under the Coastal Conservancy plan, the property would be purchased for $4 million through an agreement that the Sonoma Land Trust struck last October. On top of the proposed $1 million from the Coastal Conservancy, a pending $2 million grant from the Sonoma County Agricultural Preservation and Open Space District and another $1 million from the Gordon and Betty Moore Foundation would seal the deal.

The Century 21 listing is still up online and notes that the property remains cattle pasture for now—and perhaps for the future—but that any investor would have an “incredible opportunity to view whales during their twice yearly migration between warm Baja California waters and the colder Arctic ocean.”

A few weeks ago, we wrote about the goings-on at the Tomales Bay Oyster Company (“Highway to Shell,” Aug. 19), the popular oyster outpost in West Marin County, where the traffic is a nightmare and the oysters dreamy. Based on what Marin County supervisor Steve Kinsey told us, the company was possibly looking at some pretty severe limitations on its use permit and—lo and behold—last week the Marin County planning commission told the business it had to abide its original 1987 permit and scale way, way back on its open-air retail operation.

So if you’re headed down Highway 1 looking for some oysters on the half shell, know that as of this week, gone are the picnic tables, barbecues and retail offerings. Gone are the weekday hours, too. The good news? Kevin Lunny, late of Drakes Bay Oyster Company fame, is poised to go into business (possibly) with TBOC in an effort to ramp up oyster sales from an across-the-street lot purchased by TBOC last year.

That news popped up in a report last week in the Point Reyes Light and in a letter TBOC owner Tod Friend sent to Kinsey this month. The Lunny-TBOC plan is up in the air, given that the lot is situated in a restrictive agricultural zone, where such things are typically frowned upon. Following on the planning commission setback, TBOC says it will continue to work with all parties in order to survive, if not thrive, in the coming months.