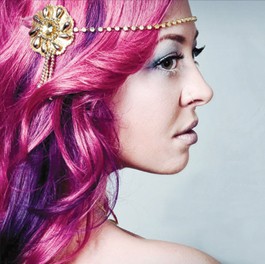 It’s the first lesson we learn in kindergarten, and yet somewhere between finger painting and graduation, too many of us forget that most simple dictum: share. But thanks to the efforts of the Share Exchange, Santa Rosa hosts its first annual Share Fair this weekend. Scores of vendors, artists, musicians, merchants, inventors and “mad, mad tinkerers” take to the pavement for an afternoon of visionary sustainability, food, live music and, of course, sharing.

It’s a chance to learn all about community resources, from the Urban Garden Share, which pairs homeowners who have garden space with experienced gardeners who don’t, to Rentalic, an on-line site for renting and sharing anything from tents to textbooks. A beer garden complements food from Bistro 29, Sift, Sizzling Tandoor, Thai Time and Stout Brothers, while work from 50 different makers, many devoted to “upcycling” used materials into gems, is showcased.

There’s a “share zone” gathering up the useful stuff that others have spilled, a “repair zone” for fixing broken goods and even an advice booth (charge: 5 cents). For kids, there’s gymnastics, a photo booth and an art workshop with artist Lisa R. Fredenthal-Lee—whose television show Don’t Throw That Away serves as a perfect mantra for the day.