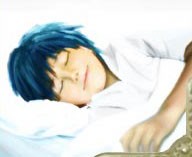 Going off the grid for gratis games

Has gameplay innovation ground to a halt? Surf the aisles of your local game store, and you’d suspect that game publishers have kinda given up. It’s always the same, tired play mechanics, over and over. Shoot the bad guys while avoiding flying lead. Level up your character in an online world. Drive like hell in a souped-up rig. Match the pretty colors in a puzzle.

Obviously, part of this endless looping is that success works; like backgammon or baseball, these tropes appear to stand the test of time. But it’s also the curse of the medium. With games costing millions to develop these days, few publishers are willing to risk serious bling on some weird new style of play that might fail.

If you really want to see innovation, there’s only one place to go: off the grid. You have to find game designers who actively opt out of the market–by producing indie games they give away for free online. These days, this subculture is happily thriving, fed by game-school grads and underemployed programmers who, like indie musicians, crave to break out of old boxes and want to get as huge an audience as possible.

Want proof? Here’s a short, and totally idiosyncratic, list of some of my favorite free games, each of which is innovative in some cool, new way.

Strange Attractors Are you sick of games that create faux complexity by forcing you to learn hundreds of button combinations? The designers of Strange Attractors went in the radically opposite direction. They use one single button–the space bar–to control the action. Your goal is to maneuver a little craft through free-floating space by using the button to activate and deactivate “gravity,” drawing yourself toward larger objects. It’s like navigating a NASA probe by slingshotting it around celestial objects. The lesson here? Super-simple control schemes strip twitch gameplay down to its pure essence: raw, gorgeous physics. If you like this conceit, there’s a world of other free “one switch” games out there waiting for you.

Facade You walk into an apartment to visit two old friends, and discover their marriage is rapidly falling apart. By typing in dialogue, asking nosy questions and playing totally sick mind games, you help to steer the course of the evening–and their marriage. (The first time I played, the husband threw me out after I made a pass at his wife.) Facade is interactive theater so open-ended–and with such juicy voice acting–that it puts the supposedly “immersive” qualities of today’s blatantly tree-forked narrative games to shame. Bonus: It’s fun enough that you’ll ignore the graphics, which appear to have been culled from an ancient Mac HyperCard stack.

RSVP There are a zillion card games online, and they mostly emulate existing real-world titles like Hearts, Bridge or the endless limbo of Solitaire. But since anything is possible in the online world, why not design an entirely new concept from scratch? Thus was born the genius of RSVP, which, like any good card game, can be learned in about five seconds but never entirely mastered. The goal is to place “guest” cards around a table so their colors form a connecting chain. In a neat bit of design, the cards look like they’re from the 1920s, yet their faces shift and morph as you play, making RSVP feel like a sepia-toned, Depression-era opium dream.

Cloud Flying games are innately fun because, well, you get to fly. But inevitably the flying is regarded as a mere conduit to another task–mastery of the cockpit in a simulated 747 or success in a pitched dogfight over Germany. Cloud charts a different route, as it foregrounds the inherent joy of simply gliding around in the air. You play a little child who flits about, collecting up clouds and then jetting them back out again as you skywrite on the blue horizon. Sure, there are puzzles to solve, but mostly I just enjoyed the trancelike state I achieved from soaring around. Why don’t more games seek to instill a sense of calm?

Arcadia Those early video games from the ’80s can seem awfully quaint, so easy to master that you wonder why you ever found them fun. Arcadia riffs on this by forcing you to play four different retro games simultaneously. As you’d imagine, things start off fairly simple but soon descend into perfect madness. The lesson? If you’re going to plunder from the classics, don’t just re-skin Tetris or Galaga; remix the culture into something new. (This title comes from Gamelab, a New York design shop that produces so many artistically innovative forms of play that I had trouble picking my favorite. Again, the designers do this stuff for hire, but the results are mostly free.)

July 1: The Melodians at Mystic Theatre