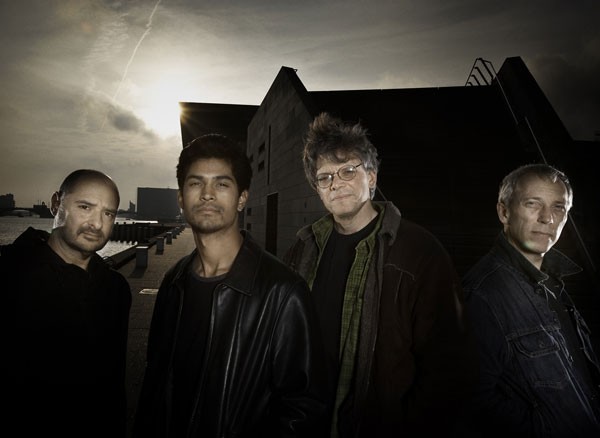 The last time Kronos Quartet were in town, they were playing compositions by Harry Partch, who built his own instruments, the Icelandic band Sigur Ros, who sing in an invented language, and Amon Tobin, a highly inventive Brazilian electronic artist. Not exactly the usual classical repertoire.

But this weekend’s performance by the daring Bay Area institution veers slightly more toward the well-known. Steve Reich is already a household name in minimalist circles, but his release of WTC 9/11 this year made broad headlines: the cover artwork consisted of a photo of a plane, headed directly toward the second tower on 9-11.

Due to public outcry, mostly from those who will never listen to the music, Reich agreed to change the cover. “As a composer I want people to listen to my music without something distracting them,” Reich explained, at the time. “The present cover of WTC 9/11 will, for many, act as a distraction from listening.”

The piece itself will be presented by the Kronos Quartet, who recorded the original Nonesuch album, in Santa Rosa. Also on the program are works by Syrian wedding singer Omar Souleyman, 20th-century composer Morton Feldman, Palestinian hip-hop collective Ramallah Underground and others. The don’t-miss concert is presented by the Redwood Arts Council on Friday, Dec. 2, at the Glaser Center. 547 Mendocino Ave., Santa Rosa. 8pm. $30. 707.874.1124.