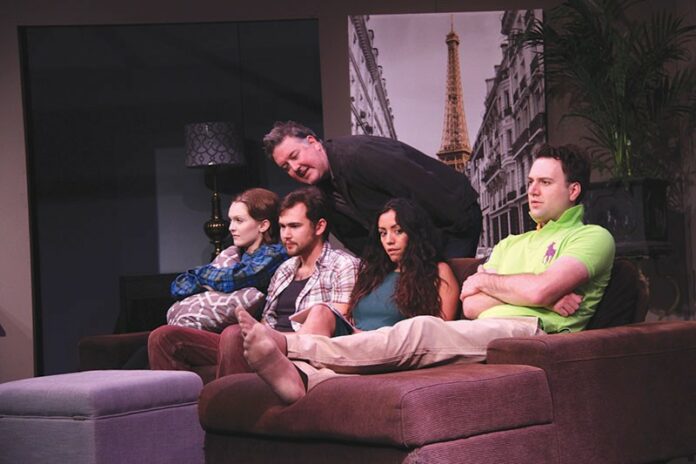 “Don’t defend yourself,” intones Leonard (Ron Severdia), an esteemed author-turned-teacher-for-hire. “If you’re defending yourself,” he tells a group of young writers he is in the middle of eviscerating, “you’re not listening.”

In Theresa Rebeck’s wickedly witty but occasionally infuriating comedy-drama, presented by Left Edge Theatre, Severdia plays Leonard with a mix of resignation, antagonism and bloodlust in a story of four would-be writers who pay a local legend $5,000 to give a private class “critiquing” their writing—and everything else about them—over the course of 10 soul-shattering weeks. Rose Roberts, as the Jane Austen–loving Kate (who rents the New York apartment where the classes take place), is at the top of her game, and her variously talented classmates (Jacob de Heer, Devin McConnell and Veronica Valencia) give strong, appealing performances in a play in which every character is required to be torn apart, before learning the fine art of tearing apart others.

As Leonard gleefully pronounces early in the show, “Writers, in their natural state, are as civilized as feral cats.” This entertaining exploration of artistic egos under pressure is a bit overcooked at times, but on the whole is deliciously fierce, ferocious and funny. Seminar runs Friday–Sunday through Nov. 28 at the Wells Fargo Center for the Performing Arts, 50 Mark West Springs Road, Santa Rosa. $30–$40. 707.546.3600.