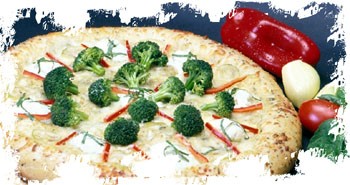 Learning to cook outside the box

FOOD IS A funny thing. In the hands of a professional chef, it can be a work of art, an epicurean extravaganza of color, smell, texture, taste–a veritable Rembrandt. But sometimes, in the hands of a busy, preoccupied, and amateur artist such as myself, food ends up like something out of a paint-by-numbers kit.

I used to blame myself for this and to accept my friends’ compliments with grudging grace. I knew my food wasn’t great cooking, and I didn’t know why. I followed recipes to the letter, and still ended up with something that only vaguely resembled the original masterpiece. It was all there in form and content. But the process was strangely unsatisfying and exhausting, and the end product lacked the glow of true inspiration.

I call this phenomenon “cooking inside the box.” It sounds like a line of convenience foods, and in a way it is. When I’m stressed out or just not paying attention, I end up abdicating my thoughts and feelings and senses in favor of a pre-measured formula and hope for the best. But this is a short-term answer to an ongoing dilemma. Staying inside the lines makes me feel uptight; straying outside the lines by mistake makes me embarrassed.

It feels like a no-win situation, and I know I’m not alone in this. I’ve observed several of my friends getting anxious about cooking from recipes, and not being entirely satisfied with the results. Part of the problem, of course, is that most of us are several generations removed from any kind of intuitive kitchen wisdom. Our world has changed too fast for those instincts to evolve with us. Now we have ingredients that our ancestors never knew, and plenty has dulled our wit until we’re barely fit to put a bag of food in a microwave.

But the real crimp on our kitchen creativity is that we have come to lean on recipes. Once there were no recipes, only oral instructions from Mom or Grandma, picked up as you helped around the hearth. Once everything was done as professional chefs do today, in pinches and handfuls. Our pioneer ancestors didn’t call it art or creative cookery. They called it “making do.” When the first cookbooks came out a few hundred years ago, the directions used to call for enough water to moisten, and then “bake until done.”

Then Fannie Farmer and her colleagues invented the modern cookbook. At the turn of the 20th century, this proprietor of the Boston Cooking School trained housewives and immigrant women how to cook “American food,” with little seasoning and precise measurement. She also was one of the first cookbook authors to offer recipes in the format we know today (ingredients, then process in strict chronological order). And though there is much to be said for straightening out procedures when the reader is starting from square one, even a well-organized recipe can be a real pain in the ass.

For starters, it’s too hard to hold open the pages, which get all stained and crinkly anyway. Following a cookbook derails the experiential process, forcing the cook to always look ahead, to check one’s progress and mark off ingredients. There’s too much to-do list, and not enough art. These days recipes invariably end in a flurry of nutritional information that reduces it all to chemistry and calories and cholesterol (not a very heartening perspective when you’re trying to have fun). And to add insult to injury, many recipes don’t work at all.

How to change this state of affairs? To paraphrase Shakespeare, first thing let’s do, we’ll kill all the cookbooks. Maybe not kill them, but rip away their chokehold on our creative urges. I’m saying this as someone who has shelves overflowing with cookbooks, so you know I’m serious. We must use cookbooks sparingly, treat them less as lesson plans and more as guidebooks, containing one cook’s record of his or her journey through pies or Thai food or vegetarian entrees.

Subverting these cookbooks to your own purpose is the simplest way to reclaim your culinary creativity. Read recipes with an eye toward ruining them. Don’t be afraid. There are no cookbook police that will come swooping down on your kitchen if you finish a dish with cilantro instead of basil, or if you sprinkle peaches instead of blueberries on your coffee cake. You’ll be surprised at how empowered one little tweak can make you feel. The first time I cooked tempura I used sweet potato, even though it wasn’t on the list of vegetables. I felt so daring and inventive, and it was delicious.

Next, try to memorize a few recipes that are easily adaptable to other ingredients. These can be as simple as omelets, or as complicated as paella, but you should practice and experiment until they are yours. For example, some of my specialties are polenta, minestrone, and scones. They have become the things that people ask for, and I’m comfortable enough making them that I can relax and play with them a little, using seasonal variations and different seasonings. Find your own signature dishes; make your mark at the dinner table. As you become confident in your recipes, you will want to nail some more.

The key is to pick the ones that are really easy to adjust. A great book for this is Mark Bittman’s The Minimalist Cooks at Home (Broadway Books; 2000). My household has had a ball with his pan-seared steak, seasoned with ginger, garlic, onion; the pan sauce can be made from wine, vinegar, soy sauce. We’ve tested the process on pork chops, and we’re gearing up for chicken breasts.

Are you afraid to ruin good food? Start small. Pick recipes that don’t cost too much to make and remake as necessary. Add new ingredients in small increments, ditto if you are increasing the amount of an ingredient, and taste as you go. Experiment on your family-with full disclosure beforehand!

Do I sound wild and crazy? I’m not, really. I still use my cookbooks often, and I’m nowhere near the free-wheeling, flame-throwing chefs on Saturday morning TV. But more and more lately, I am finding my own sense of flair and fun. And I’m learning that creativity, not hunger, is the best sauce.