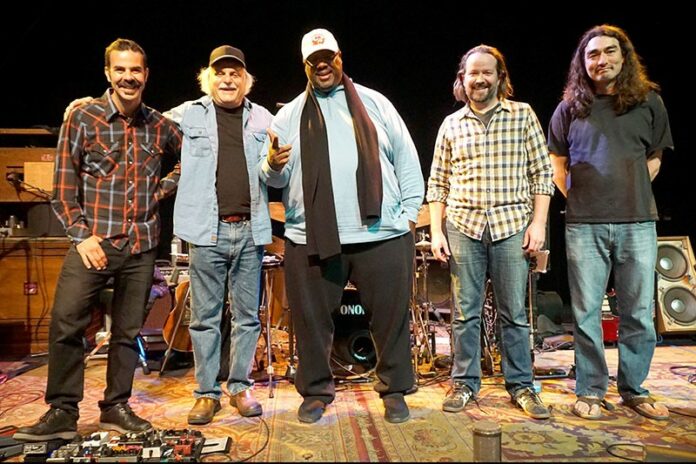 Bay Area all-star band the Rock Collection is full of familiar faces and is known for its classic jam-band sound, but that doesn’t mean the group is living in the past. In fact, the Rock Collection is one of the most in-the-moment bands on the scene, able to improvise and harmonize with an instinctual collaborative spirit.

Beyond their individual accomplishments, the Rock Collection excels because of a special musical chemistry. “The band just gels,” Anton says. “What’s going on onstage is a conversation at the speed of sound. We are able to bring our differences, and then we resolve them at the moment, moment by moment.”