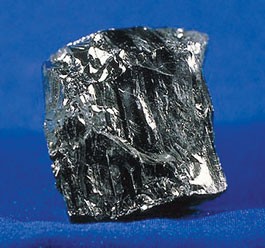 I need to spend more time with poets. Last weekend, I hung out with some young poets who are hot for words, hot for performing their work, hot for building up their community. They were erecting a tepee on some land on the coast, getting ready to plant a farm and live simply on the land. Though I’ve mostly dismissed a rural lifestyle for myself, this concept of poetry, fresh vegetables, tepee living and surviving on nothing seems wonderful.

The one thing the poets told me they needed, though, was a car with good fuel mileage. Poets are poor, and driving to and from the country to haul supplies was going to cost a pretty penny. I suggested the usuals: Honda Civic, Toyota Corolla, VW Golf. Biodiesel or a fuel-efficient hybrid didn’t seem within their budget, and a horse or a bike wasn’t practical on those shoulderless roads.

With the price of a barrel of oil hovering in the $70 range already, and with the onset of the official summer driving season, when demand is very high, I’m predicting that gas prices are going to reach over $100 per barrel this summer. These skyrocketing prices will make all of us feel like poor poets at the gas pump.

Which brings me to what I really fear: alternatives to petroleum. I’ve spilt a lot of ink on ethanol, biodiesel, electric cars, even hydrogen fuel-cell cars in this column, and I still believe these are all somewhat viable options to petroleum. Depending on how the alternative fuel is made and used, I call these “lesser evil” replacement fuels–but there are a few very evil replacement fuels that have me worried.

One of these Darth Vaders is coal. An article last week in the New York Times said that as oil prices increase, the likelihood of coal being used as a petroleum substitute also increases. Price blockades that previously held back coal development are cleared at $70, $80 and $90 barrels of oil. The Times story reported coal will make former petrol products like plastic bags, acetic acid and fertilizer.

The Times neglected to mention a process called “Fischer-Trope,” which turns coals into–gulp–diesel fuel. Now for those of you holier than thous yelling about the imperfections of crop-based fuels, imagine a country using coal to power cars, trucks and trains. Dirty indeed. I visited a coal plant in West Virginia once, and the people who worked there suffered from black lung; even they complained to me that coal was bad for the environment. Coal mining and plants are responsible for arsenic in groundwater, in addition to polluting the air.

There’s a lot of coal in the ground, too. In the United States alone there are 254 billion tons in the ground; China holds 114 billion tons of it–making the two biggest users of energy holding reserves that they may need soon. But how much coal will have to be burned into the atmosphere in order to liquefy coal into fuel? It’s madness.

Another scary fuel that may come to market with higher petroleum oil prices is shale oil. A close cousin to coal, shale is an underground material that contains kerogen, which can be distilled into petroleum. Wikipedia says that there are an estimated 1.6 trillion barrels of oil held within the world’s shale reserves. This is equivalent to the world’s remaining oil reserves, and so has been touted as a replacement once petroleum runs out or becomes incredibly expensive.

The problem with turning shale into oil, as with liquefying coal into diesel fuel, is the enormous input of energy required to get the final product. Shale is either strip-mined or can be taken out in situ. Mining sounds like it is–a desecration of land–along with the added inefficiency of trucking materials to a production facility. Shell Oil has been toying with in situ drilling, which involves heating shale in the ground for four years until it’s ready to be pumped out like oil. Imagine that four-year energy bill!

Again, this is using more energy in order to get energy, shrinking the output. We can bet that this energy is fundamentally wasteful, makes a gross negative impact on the environment and people, and will still be incredibly expensive. Starting this summer, and the rest of this century, we’ll all be feeling the pinch.